What technologies are affecting your intimacy?

Blog » What technologies are affecting your intimacy? 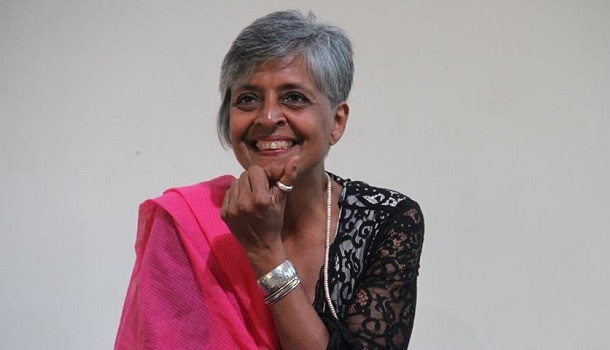 Geeta Patel at 'What's Sex Got To Do With It?' adda

What is Risky Bodies & Techno-Intimacy about? Since many people usually assume that they have a handle on what risky bodies might be the first and most obvious question that immediately follows this one is: what then is techno-intimacy?

Techno-intimacy is the concept that underlies this book along with several others that I will get to as I explain. When we think of technologies and bring them together with a vague notion of what intimacy might be, a few things float immediately into our minds. And the first is technologies with which we interact on an everyday basis: phones, internet, computers, perhaps even pens, and pencils.

By now, given the news stories that speak directly about them, most people are quite familiar with how technologies such as the cell phone become the places where so many folk use new media such as Snapchat, Facebook, WhatsApp to be in constant contact with friends, lovers, families, groups such as corporate business teams, resident welfare associations, people with common interests (bird-watchers for example).

What bringing technology and intimacy together might make us aware of is not just that we communicate through technology but that we actually make, forge, produce, find, build, imagine, fight, let go of intimacies with others, whether those others are a single person or a group.

We think of technology as a device for communication, a conduit, almost like an electrical wire that connects one person to another – in other words just as a link between people or many people in a group. What I am suggesting in this book is that it is more than a link --  it actually makes intimacy possible, and we make different sorts of intimacies or break with intimacies (as in several news stories about people dating who spend more time with their cell phone than their date) because of that link. 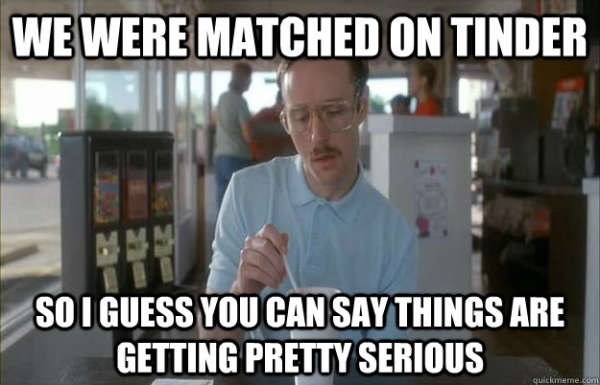 Technologies are the routes through which the very concrete idea of intimacies are shaped, shared through pursuits, ideals, details, photographs, small everyday exchanges that just say “good morning.”

But what if we were to broaden the very idea of what both intimacy and technology contains, expand it beyond this straightforward everyday understanding of technology.

In the early 20th century, anthropologists were doing exactly this—they were widening what technology was and how it could be understood. What they were arguing for or describing at that time was that technology could encompass many other things.

What were these? We live in a world, live as a person who is accustomed to doing things a certain way. We learn how to do things, even such simple things as breathing from the world around us. One might say that we are schooled in these methods. One example would be whether you breathe in to fill your tummy with air or you just breathe in to saturate your lungs—children and adults in different communities learn one or the other or both without really noticing that they are picking up these habits.

Once they are acquired these habits are really hard to let go—they stick with us, in fact they make us the person we are. For scholars in the early 20th century these habits were assimilated through technologies through which they were taught. These “technologies” might include gym classes, or your parents showing you how to take in air and where it ought to sit in your body, or learning how to write in school, or how to use a computer in a class.

We might think of all these as apparatuses that make us who were, we become the person we are through them. In other words we are not born a certain way; we become a certain way over time. Even in cases where we think of being born as a woman or as a gay man, how we are gay, or a woman is learned from the worlds around us; they are also given validation in various ways (advertising (also a technology), our friends complimenting a look, families encouraging a special aspect).

We might then think of technologies such as these as forging or creating our own intimacy with ourselves and also teaching us the routes and details of intimacies with others. Of course, habits often happen without our noticing that they are occurring.

We don’t even remember where they might originate. We rarely even know we have them—in fact we only recognize and realize that we have them when we meet or encounter others with habits that vary so much from ours that at that point we might say to ourselves: ah, ha, so that is what I do, this is who I am.

Risky Bodies & Techno-Intimacy focuses on habits that escape our notice. But it extends what is included in technology even further and brings the very idea of what might be contained in technology such things as concepts, ideas, ways of thinking, political inclinations, financial technologies such as credit or insurance, media, such as newspapers or cinema. These train us along very specific routes.

In order to really understand what is going on the book, one has to turn to many different disciplines. And my method in the book is not to criticize particular modes of understanding, or rip apart people who think a specific way but to listen carefully to what is going on. When I attend to any of the topics on which I have written, I begin with listening to them and my analysis of what is going on with them, or what is at stake in them is through listening carefully, snooping, eavesdropping and then unpacking the various strands that I notice.

Listening allows me to read what is going on and the topics flower into a chapter based on what I hear. My analyses then might be thought of as readings.

The book covers cinema, sexuality, politics, art installations, finance, risk, nationalism, science, history. The method I use, the focus on habits and technologies, ties the chapters together. But to get a sense of how I work and write in the book, let me give you one example.

Risk is one such instance. I call risk a technology and my final chapter is on risk. Risk was not something that people talked about a great deal anywhere, let alone here, in South Asia. People used to talk about danger, or vulnerability. In the 21st century, however, risk seems to be everywhere; it has become a commonplace term. 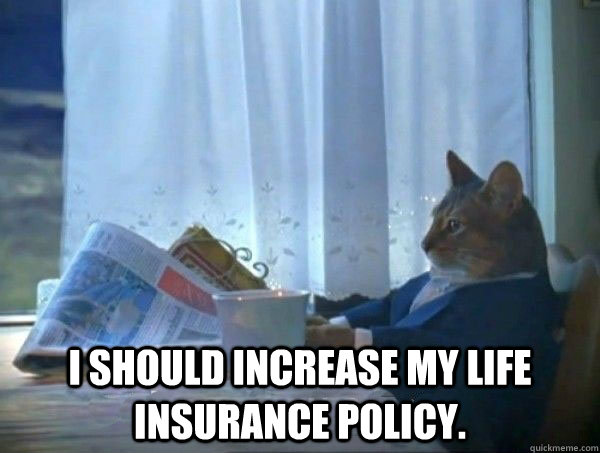 How did India go from a place where businesses of crores of rupees never thought it necessary to take out insurance? Whereas now, they feel compelled to have insurance policies to protect them against risk, and even hire risk officers or add a risk management unit. Something similar has happened to families – medical insurance and life insurance are being promulgated as necessary covers (especially with the burgeoning cost of medical treatment) which are given tax rebates and purchased as tax shelters (specially now if they are bought via debit cards from public sector banks). Crop insurance is being sold to farmers, even if it does not actually give them adequate protection.

But you can’t understand these developments without a bit of science, since risk analysis and the retailing of risk depend on scientific and mathematical concepts of probability – what are the chances? Because I am listening, the book has to weave in a thread from science in order to understand these sorts of social issues.

Media is filled with portrayals of a risky world where people are shown how they are at risk and how they can protect themselves through risk. Media becomes the avenue through which people are educated about risk, and insurance. Places might have been dangerous before, no doubt, but characterizing them as risky, brings in a promise. The promise that you can do something about it in an individualized way. Even more that you have a responsibility to do so. This then produces a certain sort of person as well as a particular configuration of what a good family might look like and do, in order to be happy and successful.

So tucked into an idea of family is also a certain type of sexuality (i.e. a particular sort of good intimacy), heterosexuality in many cases. And as I pointed out earlier we don’t notice that we are buying into both of these, they just come along while we buy insurance! 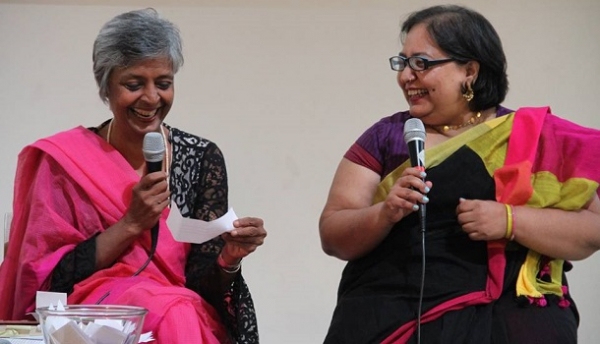 Geeta Patel is the Director of University of Virginia in India and an Associate Professor at the University of Virginia. She is the author of Risky Bodies and Techno-Intimacy:Reflections on Sexuality, Media, Science, Finance. She was a part of our public adda ‘What’s Sex Got To Do With It?’ in collaboration with Point of View. She, along with Mona Eltahawy, Paromita Vohra and Bishakha Datta discussed feminism, sex, education, technology, media, pop culture and more.