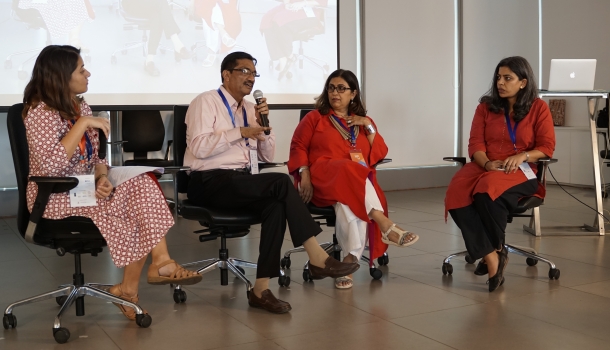 CultureCon 2020 brought together various experts from across the country to discuss the challenges and possibilities of the arts and culture sector. The conference examined and addressed questions around three pillars - the organization, its people, and money within the sector.

The afternoon session was centered around the people question. From corporate to culture, the people factor plays a major role in the development of all sectors. Moderated by Dipti Rao, Head of Research at The Art X Company, the panel which consisted of Neha Paliwal, Director of Projects at Sahapedia, Pooja Sood, Founding Member, Director of Khoj, Rishi Kumar Vashist, Director at Centre for Cultural Resources and Training, raised the questions regarding arts/artist management, and the resources for training and skill development of the cultural professionals.

Should arts be managed or not? This was the question with which panelist Pooja Sood presented her research and arguments for human resource management of the cultural sector through ATSA - a Fellowship Programme of Khoj Foundation. Sood called for the need of arts management and how it should be professional, efficient and serve the industry we believe in. Adding to the question of human resource management, Neha Paliwal talked about technical, legal and human resource support for art managers. Rishi Vashist expressed that cultural management is getting more and more important. He spoke briefly of the cultural management programmes undertaken by The Centre for Cultural Resources and Training (CCRT) which deals with bringing culture from the classes to the masses. 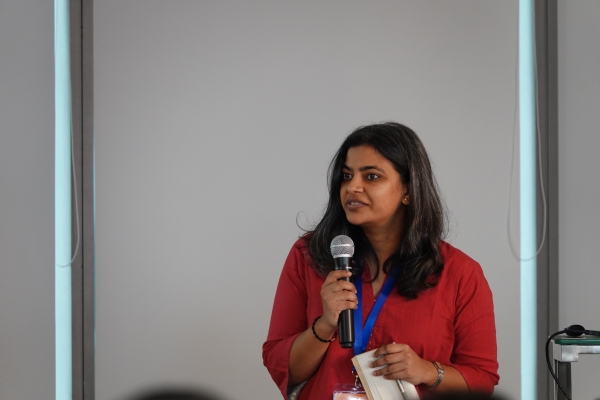 As Neha Paliwal presented, her questions turned to the possibilities and perils of a career in arts. How will a career pan out in the culture sector of India? How can one imagine and dream of a career in the culture sector when things are so uncertain? Are there people one can talk to for this purpose? She accepted that not all careers can be replicated. According to her, such an unreliable climate only contributes towards the atmosphere of uncertainty in the culture sector. The next challenge, she said, also comes in the form of mentorship. It is difficult to establish a structure of mentorship at the cultural sector level as the question of has anyone does this before arises.

Skill development of human resources is one of the vital factors of all sectors, including arts management. To address this question, Pooja Sood further expanded on Khoj’s Fellowship Programme and how it facilitates the training for people who are already a part of the culture sector. While talking about the challenges she faced during the training programmes, she mentioned the lack of data and case studies on their part. The same reasons also make it difficult for them to approach the government with similar training sessions. Along with this, she spoke briefly on the importance of developing the skills of people who are trainers.

Talking about the challenges in skill development, Neha Paliwal referred to how in cultural organisations with most of the hires being project based, they are lost expertise opportunities. With no money to spend on the organisation, the tight budgets also push employees towards multitasking. 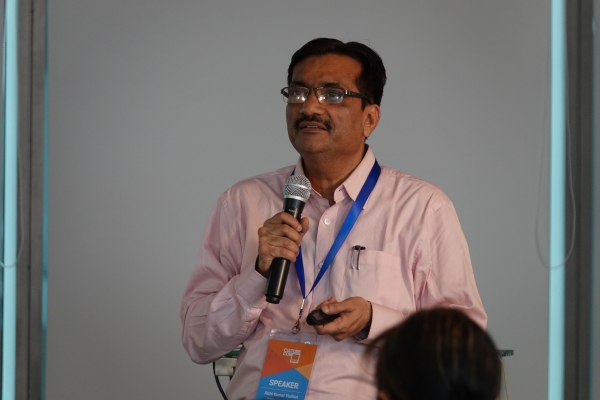 Rishi Vashist mostly focused on the skill development of artists, trainees, administrators and other people factors within government organisations. He mentioned how individuals in charge of museums are often not familiar with the culture sector. The zonal heads, IAS, IPS officers might have difficulties trying to deal with cultural institutions. Through training and skill development, Rishi Vashist said that they were trying to link education and culture together.

As the presentations ended, the field was open for the audience to ask their questions. When asked about future plans and government mandate for the culture sector, Rishi Vashist spoke about the organisation’s plans for culture mapping and documentation. Answering the question about challenges in the training programmes, Pooja Sood said that while not-for-profit organisation officials are self-motivated, the same is lacking with the government trainees. The unmotivating factor, she said, was also that neither of these trainees would be in a decision building capacity.

The question of career trajectories aimed at Neha Paliwal was addressed by her citing the example of CultureCon 2020. She spoke of the importance of coming to such a platform to talk about these issues, to add to it and spread awareness to more people. Continuing into the subject of career trajectories, one of the speakers in the audience - Arudhanti Ghosh, asked the question of how despite it being called an empathetic sector, the people in it are not treated empathetically. What can we do for the people if we can’t offer them good careers or money? 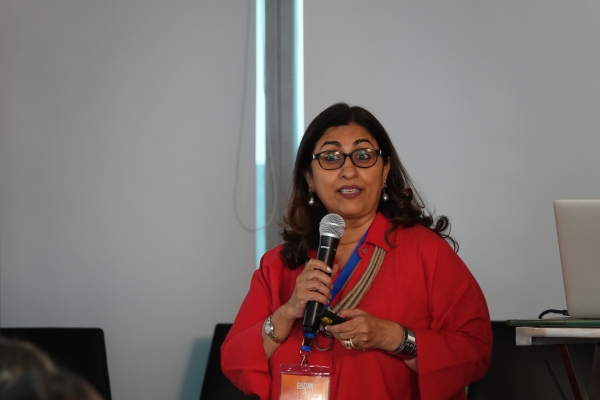 Pooja Sood gave the example of Khoj and how they keep Saturdays off, so as to cover up the overtime employees have to do. One can also facilitate traveling or pet project research. The only solution, she said, was to get over the biases and address the HR and the maternity questions. Neha Paliwal further added that it is important to connect people to opportunities like fellowships, photography grants, heritage walks, etc. Talking about personal satisfaction, Rishi Vashist gave an example where, despite working non-stop, the team was happy because at the end of their work they received their recognition.

While talking about a career in the culture sector, not everyone has the privilege to have a backup capital, if things don’t work out. One of the attendees in the audience - Chintan Modi asked where does culture sector stand on the inclusion of caste, class, queer and trans persons? Pooja Sood mentioned the presence of queer artists, curators in Khoj and how there is no bias against hiring or training them.

When asked about the ways to include more traditions, folk forms and bridging community gaps, Neha Paliwal said that oral interviews and histories are documented heavily. These histories are documented in their preferred form and the videos get translated. Rishi Vashist, contributing to the discussion, spoke about the seat reservations for traditional art families in fellowship programmes.

The session ended with the call for sharing of knowledge, a module of conference learning to collate and collect resources. In addition to the progress made by the sector as a whole due to its human resources management, the session also addressed the need for individual growth of cultural professionals, which would in turn help the overall development of the organisation.