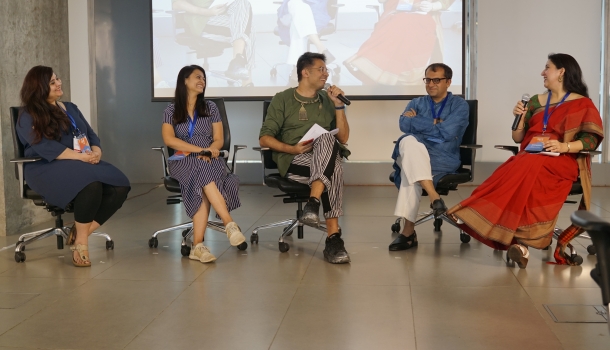 CultureCon 2020 hosted a series of panel discussions about the present and future India’s developing cultural sector. The conference explored plausible answers to questions that involved the organization, its people, and money within the sector.

The idea behind CultureCon was to allow for a cross-pollination of cultural professionals hailing from varying disciplines, cultural backgrounds, and organization models. This could, in turn, lead to unexpected collaborations, conversations across fields, ideas and opportunities which would pave the way toward a brighter future for the cultural sector. Cultural professionals from all walks of life sharing the same room- the possibilities were endless!

No other panel witnessed such diversity in speakers’ careers as the one on The Organization Question. From Nirupama Kotru representing the Ministry of Culture and Ratish Nanda from the world-renowned Aga Khan Trust for Culture to Padmini Ray Murray, the independent founder of Design Beku, and Dolly Rateshwar working with The Dharavi Dream Project- speakers belonging to organizations ranging from the government right down to non-profit organisations featured in this panel. Even Parmesh Shahani, moderator for this session, was aptly positioned at the intersection of the corporate and the cultural sectors as the Head of Godrej India Culture Lab.

Each speaker shared the history of their/ their organization’s work, the first being Nirupama Kotru. 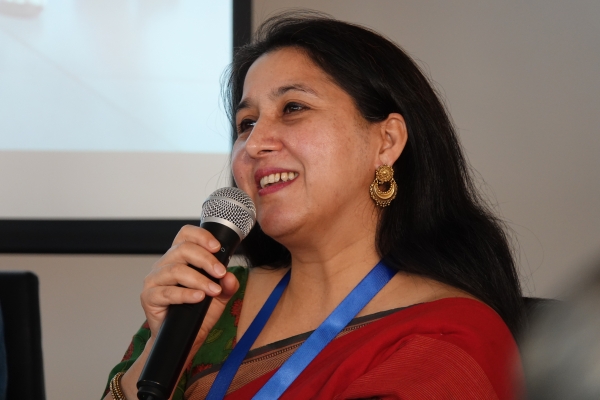 Kotru talked about how the Ministry of Culture worked toward transforming museums, using a holistic, top-down approach. The Ministry also tended to important cultural artifacts and monuments. For instance, they preserved cultural landmarks in Kolkata- Victoria Memorial, Belvedere House, and Metcalfe Hall had been repurposed to accommodate art galleries and space for performance arts.

As such, her work dealt with tangible markers of culture. What about the less tangible, but equally important aspects of culture? 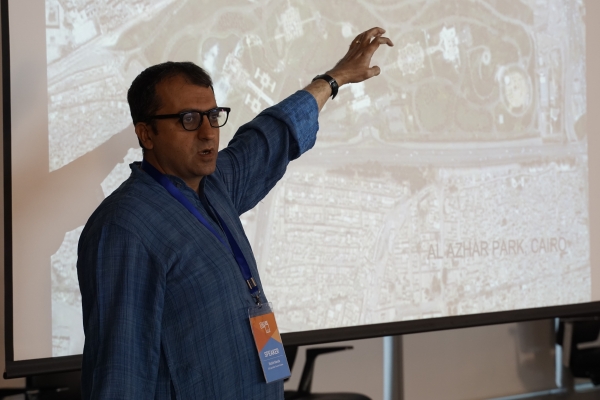 So, the process of cultural organization should ideally be oriented toward uplifting cultural communities. This same spirit informed Dolly Rateshwar’s work. The Dharavi Dream Project is an after-school project that teaches children living in Dharavi contemporary art forms like rap, hip-hop, graffiti, beatboxing, and so on (with their teachers also being Dharavi natives, often graduates of the school themselves). 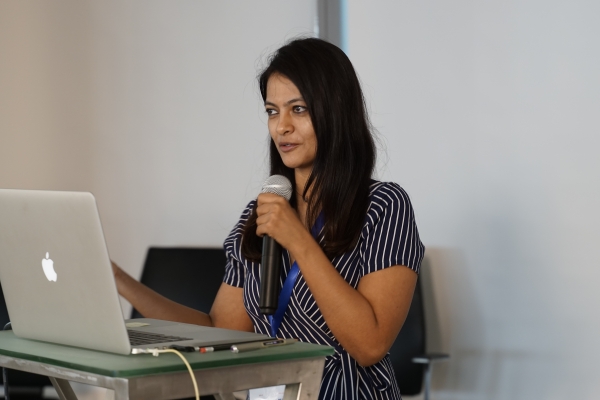 The school tries to empower the students on their own terms, through cultural activities that were popular with them. This is why a “non-Indian” art form from the Bronx ended up being taught in the school. Desi hip-hop culture has seeped into tiny pockets in the city, Dharavi being one such.

Padmini Ray Murray, too, was a trailblazer in making culture accessible and empowering for people. Design Beku had been initiated to address the distinctions between curatorship, stewardship, and custodianship. 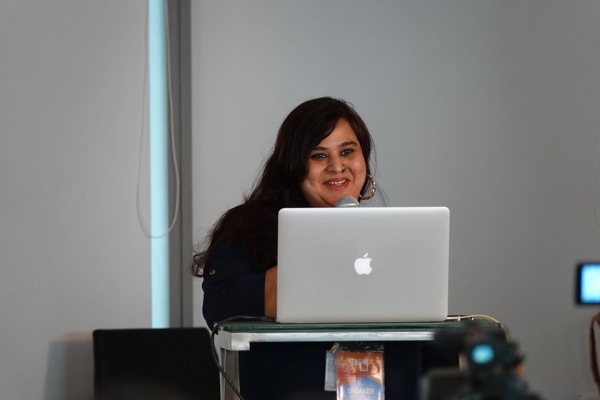 Her projects- with Sangama and #AanaJaana, to name two- focused on how user research could be made more ethical. Murray was a prime example of how the private sector could undertake principled management of arts and culture.

After this followed a question and answer session. Parmesh started by asking Kotru ways to involve the government as a financial partner in cultural projects. Her response and the remarks that followed established that organization of culture in India should be undertaken with a strong spirit of collaboration.

This question, to me, emphasized one of the recurring themes raised in the session- on bridging gaps. To organize the cultural sector, cultural professionals from different contexts had to meet in the middle.

Rateshwar related a story about how she got investors on board by showing them the Universal Music Group on a visit, after having tried in vain to communicate the importance of its work by herself. Here was another gap to be bridged- connecting cultural investors directly to cultural artists to ensure optimal communication and collaboration.

Similarly, Murray explained how her company tried not to educate communities on design via a “helicopter” approach. Instead, they uplifted communities to adequately design their own content on issues they know best. As privileged allies, we must not speak for marginalized communities, but rather let them speak for themselves as we speak with them.

Filling gaps also meant gaps in ways of thinking. Ratish emphasized how important it was to first reorient Indians’ ideology on culture. The culture sector does not “take away resources” from other sectors considered more important like health or employment. In fact, he asserted, cultural revivals were economic revivals.

The session offered a crucial insight- the culture sector in India could be organized best with community-oriented models. The top-down approach to management of arts and culture seemed impossible within the context of the collective decision-making process in Indian communities. A subjective, down-up approach, with executive autonomy left to the community itself, would work for the future of culture management in the country. Further, local youth could be empowered to archive local history and culture.

As Parmesh stated, the Indian culture sector is a cluster of communities, all locally or regionally informed. When deliberating on how to organize the culture sector structurally, current and future cultural professionals must retain this focus.

All in all, this first panel session of CultureCon set the tone for the rest of the conference- constructive dialogue around the culture sector was the order of the day!