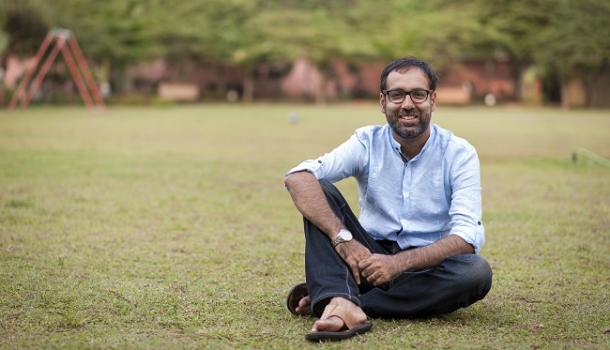 Nasir Husain wanted Dev Anand to star as the hero in his directorial debut Tumsa Nahin Dekha (1957), but the hero turned the role down. On producer S. Mukerji's recommendation - Husain cast Shammi Kapoor, who had 18 flops behind him at that point. But Tumsa Nahin Dekha was a big success and turned Shammi Kapoor's fortunes forever. Take a look at the song from the film:

Building on his successful beginning with Shammi Kapoor, Husain cast the actor in his very next project as a Western-style musician in Dil Deke Dekho. This was a novel characterization as musician characters before this in Hindi cinema were rooted in a certain Indian tradition. They either played ghazal singers, Urdu poets or historical figures such as Baiju Bawra or Tansen. The drummer in Dil Deke Dekho was a the first time a leading Indian hero was playing a Western-styled musician figure. Take a look at the title track of the film:

Husain's heroes and heroines always sported the most fashionable looks, wearing tweed jackets, neckties, cravats (the men) while the women looked chic in their maxis, chokers and bling earrings. Look at the song Chura liya hai from Yaadon Ki Baaraat (1973) for instance:

Husain's Baharon Ke Sapne, which released in 1967, was actually fleshed out of a short story, for which he had won a prize in college. The film began with a dedication to Mahatma Gandhi and was Rajesh Khanna's third film. Take a look at the only colour segment in this otherwise black-and-white film:

Caravan (1971) was directed by Husain and produced by his brother Tahir Husain. The film brought back the banjara community into the limelight and is one of the finest road films in Hindi cinema. Take a look at the song from the film:

RD Burman and Nasir Husain are among the most successful composer-filmmaker pairings in the film industry. The two men worked together on nine films in all, with their collaboration resulting in the best of Hindi film music between the late 1960s to the early 1980s. Take a look at what is perhaps the finest medley in Hindi films that was an offshoot of this collaboration:

Aamir Khan, Husain's nephew (his brother Tahir Husain's son), was given his big break in Qayamat Se Qayamat Tak (1988), which was produced by Nasir Husain. The film catapulted Aamir into stardom. The film was initially to be directed by Husain, but the directorial reins were later given to Husain's son, Mansoor Khan. Take a look at one of the most famous songs from the QSQT: