MYTHS OF THE ISLAND CITY

Blog » MYTHS OF THE ISLAND CITY 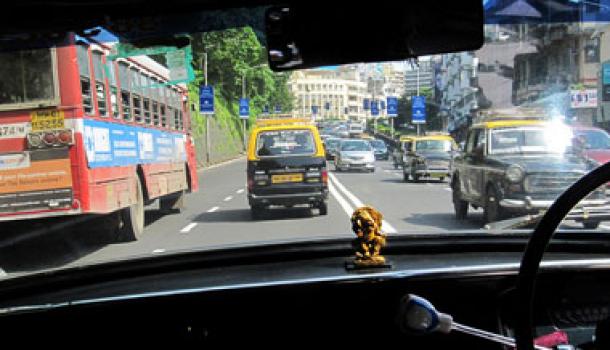 Historian Gyan Prakash's book Mumbai Fables, was praised by Salman Rushdie as “a fascinating exploration of my favourite city, full of insider knowledge and sharp insights.” Here Prakash explains the genesis of the book and the upcoming film adaptation, Bombay Velvet.

Mumbai Fables was born of an obsession, an obsession with the city’s image as a place of human artifice.  In a sense, all modern cities are places of invention insofar as they fabricate social relationships rather than rely on inherited ties and identities.  Immigrants and strangers build on chance encounters and intimacies, on relationships forged at work and in daily living, to knit a patchwork of friendships and solidarities that we call urban society.  There is a great deal of creative, imaginative work involved in building and living modern urban life.  Myths and dreams form the texture of daily living in the modern city.

These fables abound in Mumbai, or Bombay as it was called until its official renaming in 1995.  Its very physical development as an Island City, forged from seven islets on the Arabian Sea, is told as a heroic story of culture’s triumph over nature. Beginning with the Portuguese seizure of the islands in the sixteenth century, to its development as a port city and as a center of commerce and industry under British rule, to its postcolonial status as the financial capital of India, the city is presented as a phoenix rising from ashes.  Millions from India and beyond have washed up on its shores to earn a livelihood, seek fortune and fame, and to make new selves and lives.  These include Hindus, Muslims, Christians, and Jews, speaking a dazzling variety of languages, and bringing a range of cultural traditions and social hierarchies.

The metropolis that emerged from this incredibly diverse mix of religions and cultures has produced many stories about itself.  There are fables about the riches it offers and the legendary struggles for survival in the city.  There are stories about writers and artists who were drawn to Mumbai whose work shaped its image as a place of creativity and experimentation.  Its political history is full of drama and colossal conflicts.  Legal and financial scandals, and crime and underworld dons figure prominently in accounts of its metropolitan life.  To explore Mumbai’s history is to encounter all these stories through which it has lived.

In writing Mumbai Fables, I was interested in understanding all these stories.  How were these narratives of fame and fortune, of artistic invention and the art of everyday survival, of political and social conflicts composed? What were their back-stories?  I am a historian.  So I dug. I scoured the archives and libraries, pored over years of newspapers, and read almost everything written on Mumbai.  I hit the streets of the city, walking different neighborhoods and bazaars, and talking to its residents about their experiences and memories. I dug behind the stories and images to reveal the histories that they told but also those that they concealed.  Historical fables cannot be taken at their face value; even as you recount what they say, you have to also reveal what they hide about their composition, about their origins.

Since my initial encounter with Mumbai had been through Hindi cinema, I naturally turned to the images it had produced about the city.   As I examined the sources of its stories of the city’s metropolitan life, its portraits of crime and scandals, I uncovered revealing historical details.  This is how the story and the script for the forthcoming film Bombay Velvet were born.

While researching urban planning in the 1960s, I was drawn to the details of the land scam connected with the Nariman Point and Cuffe Parade reclamations on the western shores of the city.  The newspapers of the time were full of allegations about huge payoffs to politicians by land sharks who went on to build offices and residential towers on reclaimed lands.  The scandal recalled the 1920s Backbay reclamation undertaken by the British rulers.  The nationalist lawyer, Khurshed F. Nariman, had turned that reclamation into a scandal, alleging colonial high-handedness and secret payoffs.  The irony was that the postcolonial government undertook their scandal-ridden reclamations precisely on the site named after Nariman! As in the 1920s, the 1960s reclamation was justified on the high-minded ground that it would relieve the city of its space shortage.  When I read these materials, it occurred to me that the word “reclamation” legitimized the theft of land from the sea by representing it as an assertion of some prior claim.  Beneath the stories of corrupt dealings between politicians and builders was this original sin, covered over as much by the soothing legal fiction of reclamation as by the glaring scandal of secret payoffs.

I mentioned this sordid secret of the fabled city by the sea to a filmmaker friend, who encouraged me to turn it into a film story.  This was attractive not only because of my life-long interest in cinema but also because it was an opportunity to use film to reveal a history that was very cinematic, with its dark tale of crime and corruption.  I believed that I could tell a story of the city that would use a retro noir form to reveal a part of its hidden history.

I wrote a crime thriller that uncovers the shadowy secrets of Bombay in the 1960s, caught in the moment of change from an industrial city of cotton mills to a post-industrial city of real estate and finance. Navigating the diverse locations of the city – the working-class tenements, a nightclub, the elite precincts, and the mill district – the story evokes the gritty and fascinating world of Bombay as it makes connections between newspapers, industrialists, the underworld, prostitution, and taxi drivers.

I narrated the story to Anurag Kashyap in 2005.  Having seen and admired his unreleased film Paanch (2003), I thought he had the sensibility and the visual imagination to turn my story into a film.  He immediately liked the story and offered to produce and direct it.  While writingMumbai Fables, I also wrote the script of Bombay Velvet.  The synergy of writing both simultaneously was, I think, mutually beneficial.  History and cinema spilled into each other fruitfully, providing Mumbai Fables with what some readers have identified as its cinematic quality, and Bombay Velvet with a rich, historical context.  What would have been even neater is to have the book and film come out simultaneously, but that was not to be. On the other hand, Mumbai Fables will have another launch when the film releases in 2014.

Gyan Prakash is the Dayton-Stockton Professor of History at Princeton University, where he specialises in modern South  Asia, urban history and postcolonial studies. Until the disbandment of the Subaltern Studies in 2008, he was a key member of its editorial collective. This blog post first appeared on Berfrois and has been reproduced here with the kind permission of the author. to view Gyan Prakash's talk at the Godrej India Culture Lab's Urban (Re)Imagination conference in 2011, click here.