My Fan Moment: Stories of Fan-love!

We asked some of our friends about their experiences of being a fan - from football to BTS to film - read their FANtastic stories of excitement, love and community below!

There is a long-standing joke amongst ARMY that all they wanted to do was find out the names of 7 talented good-looking gents. None of them, including me, predicted how deep that search would go. For me, it truly began with a music video filled with colour, a catchy tune and smiling faces – basically music that made me want to sink into depression less and dance more. Instead of a passing schoolgirl crush, I found camaraderie with these brilliant, weird, relatable young men and friendship with ARMY across the world. I’m stuck for life! :-) 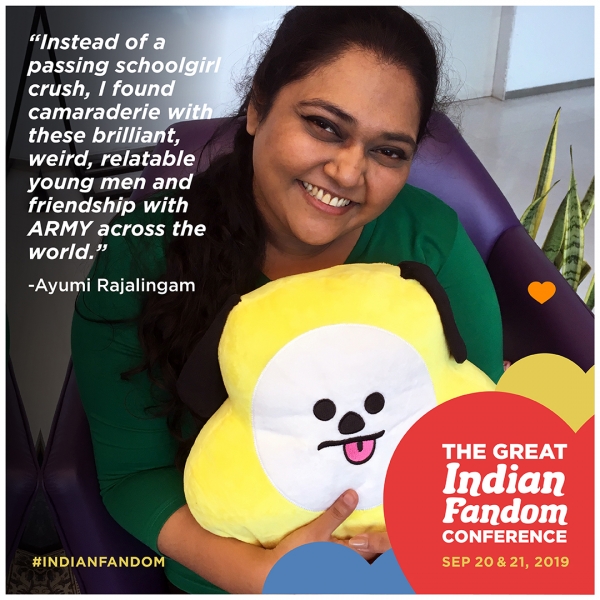 Football has been a fascination for me. The 90 minute game on the field (regardless of rain, hail or a storm) makes it that much more exciting. Since the time I was 7 years old, I have been following European football, initially from Vienna where I did some schooling (football was our game in the 1 hour school break), and then back in Mumbai. The sheer excitement of a World cup drawing near is enough for me to start collecting newspaper cuttings and energise myself to understand the qualifying teams and the key players better. The roar of the crowd as a team nears the goal, the free-kick close to the penalty box with expert "free-kickers" making the ball curl inwards into the goal, and the header from a seasoned striker, are all just a few of the fascinating moments of modern-day football.

I started following world cup football after the 1974 world cup in Germany - my father watched the games avidly when we were in Vienna, and I still remember 2 things vividly - Gerd Mueller from Germany who scored the winning goal - this after Johnny Neeskens from Holland equalised with a penalty, and that after Paul Breitner put Germany into an early lead. The second thing I distinctly remember was the book that released after the world cup to capture all the moments, the ecstatic and legendary German coach (Helmut Schoen), and the how the 72 hours before the final (Hollan - Germany) were captured in that book. I still have the book (a bit in a tattered state though). From then on, when I returned to Mumbai in 1978 and after, I made it a point to watch every possible world cup match (every 4 years in the middle of the year). So from Argentina in 1978 and so on and so on till Brazil in 2014 and Russia last year.

My brother and I made a courageous attempt to attend an Argentina - Iceland match last year. Wow - unforgettable trip that was. The best part was just walking towards the stadiums, and watching my son see Messi, Aguero and other outstanding Argentinian players (some of whom also play for his favourite EPL team - Manchester City), and observe them at close quarters with his jaw literally dropping. I felt I had achieved something for the little chap worth his life, and my life for sure. For me the Icelandic crowd cry or the Viking clap (which I had only seen on television till then) was the icing on the cake. May there be many more world cups to experience and document. 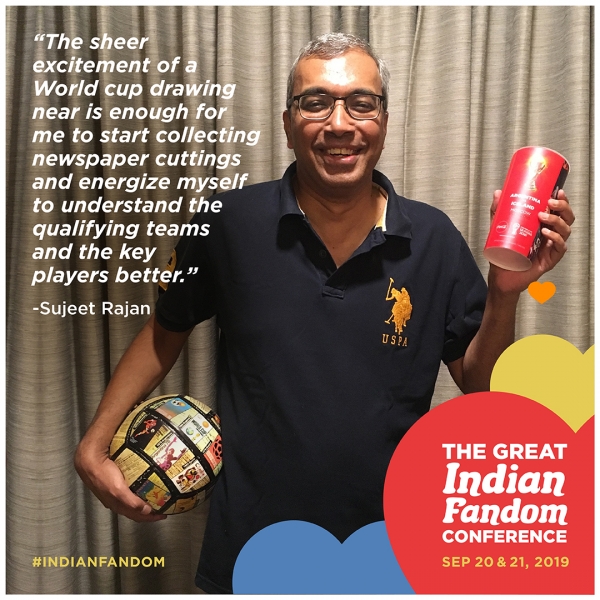 Every time I wear these earrings I'm so happy! I love it when people notice them and always enjoy telling them the story of how they became mine- I had briefly met one of my absolute favourite filmmakers and writers- Paromita Vohra. By a stroke of luck I got invited to her 'trinket clearout' days. I went over to her house and had the opportunity to pick accessories from her beautiful collection. They're so incredibly beautiful: they remind me of her work- her films, her writing or her multimedia project Agents of Ishq- an intricate narrative of loving and living in India. 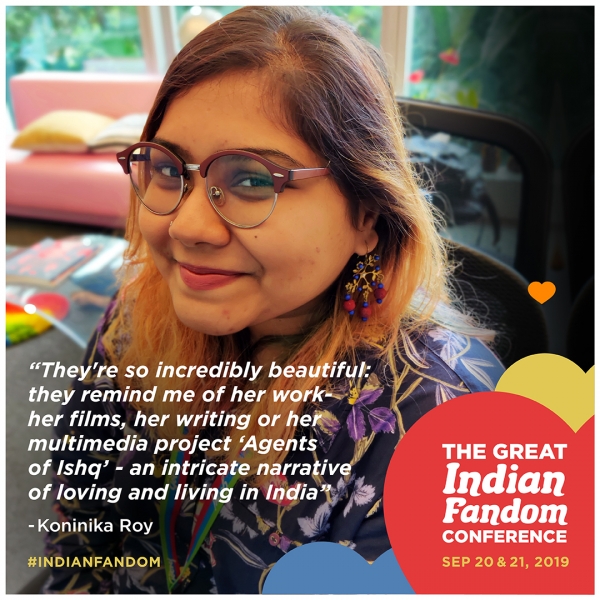