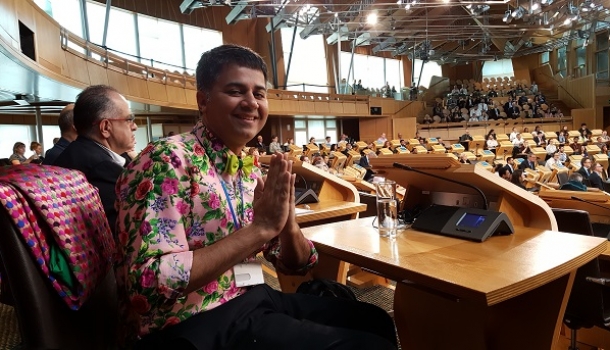 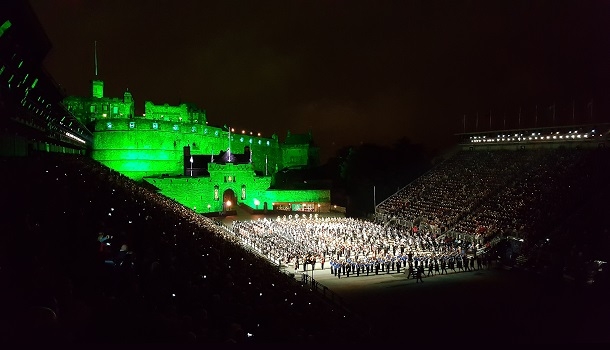 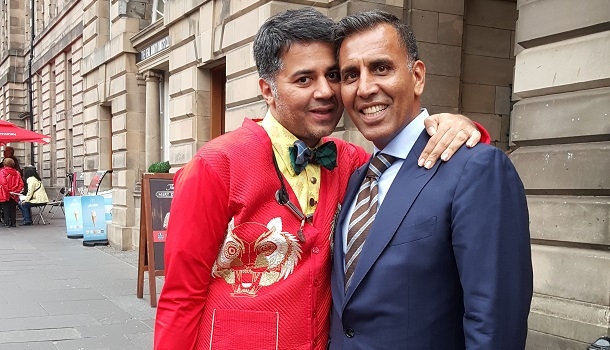 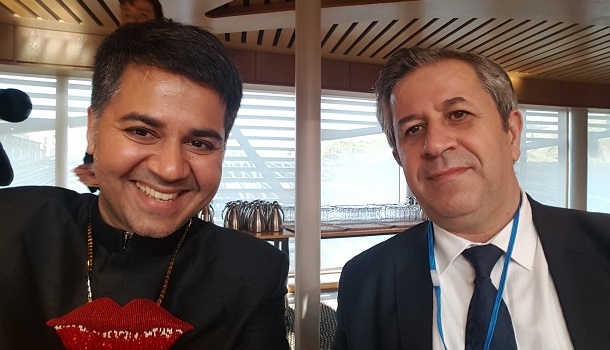 Our Culture Lab has been going places…and the latest has been Edinburgh! I was invited to speak at the Culture Summit at the Scottish Parliament there recently, about our Lab’s model of cross-pollination – how we bring together different stakeholders on a regular basis to engage with each other about the changes taking place in contemporary India. It was a stimulating event attended by Culture Ministers, heads of NGOs and cultural organizations, and corporate patrons of culture, and I felt so proud that our work in Viva Vikhroli was acknowledged and appreciated by many of them.

I particularly felt a deep resonance with (the MacArthur genius grant winning) Professor Josh Kun from the University of Southern California, when he spoke about the art of the cross fade, a metaphor from DJ culture that is so linked to our own Lab framework of cross pollination. According to Josh, a good DJ remixes in such a way that the different pieces of music do not loose their own idenities. Instead, through the mixing, the listener is able to draw deeper connections between the two. So - bridge-building, instead of erasure; salad bowl rather than melting pot.

While in Edinburgh I managed to glimpse a bit of the Fringe Festival, which is one of 12 festivals that take place at the same time in the city and attract 4.5 million visitors to it. It was also a very good idea to take in the Royal Edinburgh Military Tattoo, billed as the greatest show on the planet. After witnessing it live, I would have to agree. A parade of international military bands performing on the esplanande of the imposing Edinburgh Castle, fireworks, light and sound, stunts on motorbikes, horses and much more. It was almost like a mega Bollywood experience.

The Tattoo now gets a live audience of 220,000 people every year and a televised audience of 100 million people from 40 countries. But what I loved more than the military pomp and ceremony were the pop culture cutaways – like the Star Wars projections on the castle ramparts, or the US military band breaking into Jack Rabbit Slims, the Travolta-Thurman dance number from Pulp Fiction. I half expected Chaiya Chaiya to cross fade in….and who knows? Given that my friend and Bollywood fan JP Singh has now taken over Edinburgh University’s new Center for Cultural Relations, it is only a matter of time.

The Scottish Parliament, where our Culture Summit was held, is housed in a gorgeous building designed by the late architect Enric Miralles. As of now the Parliament is a devolved Parliament. This means that it can only make certain laws, while the rest are still made by the UK parliament. Who knows though….after Brexit and renewed calls for Scottish independence, this might have changed by the time I visit Scotland next.

During the summit, it was my privilege to meet one of today’s global heroes - Professor Maamoun Abdulkarim, Director-General of Antiquities and Museums in Syria, Damascus. Professor Abdulkarim had the foresight to persuade the Syrian government to shut down all museums in Syria in 2012 and transfer all their artifacts to a secret location, far away. Because of his leadership and foresight, over 90% of Syria’s artifacts are still preserved today, in spite of the terrible civil war in the country. Despite this victory, he described himself to us as “the saddest Director-General" of any global museum. Syria’s antiquities may be safe, but the damage to sites, especially in Aleppo, is irreversible, and we only need to see the news each night to learn about they tragedy Syria’s innocent people are facing, caught in the crossfire.

Now, dear readers, if you think that this damage to museums far away has no consequence to you then you are wrong. Our world is internconnected and has always been. So in Syria’s history, there is also Greek and Roman history and this is why so many international organizations are supporting Professor Abdul Karim on his mission. Likewise, when the Bamiyan statues get blown up in Afghanistan, it is a loss not just for Afghanistan, but also for us in India, and indeed, the whole world, as Buddhism has no geographical barrier.

Truly – we are all connected and the sooner we realize and respect that, the better it will be. Recognizing the connectedness means working with difference. Living on multiple borders, geographical, historic and also imaginary, and breaking boundaries between the government, corporations, NGO’s and citizen initiatives in working towards a common future.

At the Summit’s opening dinner, Scottish National Poet Jackie Kay, gave us a poignant performance of her poem Threshhold. She spoke out the word “welcome” in many languages, including Hindi, because “One language is never enough.” All of us in the audience didn’t understand each and every language – but we could imbibe the underlying feeling, just as we could all sing along rather tunelessly to Auld Lang Syne...

When we commit ourself to polyphony, to building bridges instead of walls, we also commit ourselves to understanding, or at least at attempt to understand the other. This is why I am so anxious about the US elections, and so keen that Hillary wins instead of the Donald, but that my dear readers, is the subject of another blog post!