Mumbai as the protagonist in pop culture

Blog » Mumbai as the protagonist in pop culture 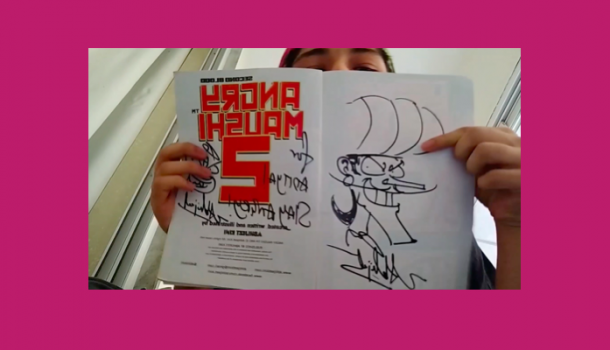 As the final presentation of the Leadership Programme, we were under a lot of pressure to end it with a bang. After a ton of work, a true bang came in the form of a cyclone generated power cut that wiped out our entire presentation just a couple of nights before the actual presentation. So what did we do in response?

We spoke about Mumbai’s depiction in pop culture by channelling our inner Hank Green and explaining the topic in a vlog style format. To understand how Mumbai acts as a protagonist we took a page from our co-Fellows Laxmi and Isha’s book and divided the portrayal based on subcultures we enjoyed, including but not limited to comics, music, games, films, and literature.

Fp2 took charge of explaining how comics can be seen under multiple spotlights. The ones which we talked about are cartoon and illustrations aimed at children and the stories aimed at a more mature audience featured Mumbai as a chaotic city, where everything was often at breaking point.

Picking up from where Fp2 left off, I explained how Mumbai, whenever it is portrayed in video games, is often inaccurate and is always a target of stereotyping. The most common reason is that a lot of popular games which show Mumbai or India are not actually made in India so these games tend to lack ‘authentic’ Mumbai culture.

There are few great examples of games which represent Mumbai without falling inro the trap of stereotypes:

Fp2 then eagerly explored the positive and negative portrayals of the big city, from rap to geet to folk music, and even took a minute for a marvellous dance break.

Pretty much all the music that showed Mumbai, always kind of implied that there was something to look out for, something to be feared. Granted most of these were rap songs, but it still instils a core sense of oppression and survival which is common within many of these songs.

Our top three recommendations for this category are:

We combined movies, films and TV, and here are our picks. Most of the films we saw seek to examine classism that is rampant across the city. Even the children's animated shows like Chor Police talk a lot about the haves and have-nots in Mumbai society. But many of them also show a sense of hope, that you can break this classism and move ahead.

Our top three recommendations for films are:

We also explored food, sports, MMA and architecture, we finally arrived at a kind-of-sort-of conclusion about the city. Mumbai’s popular imagination has found voice in books such as Maximum City and Bombay Meri Jaan. Mumbai also has many narratives of ‘struggle’ that popular culture often uses, but there are more hyperlocal, individualistic accounts of life in Mumbai that don't play into larger, existing narratives. Like Amrita Mahale's Milk Teeth, or Jane Borges' Bombay Balchao, or more recently, the city as a space of sexual freedom like in Lust Stories or Four More Shots, Please!.

And don’t forget about the hip hop community, which blew up in the past 5 years. From Gully Boy to Nallasopara’s hip-hop culture - there isn’t even a single narrative for this subculture. Can we expect one for the city?