MTV, I Got the Job 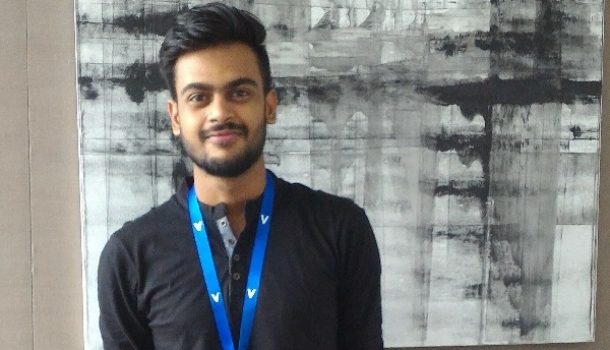 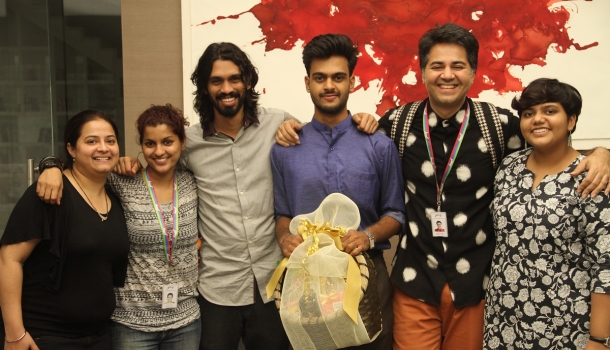 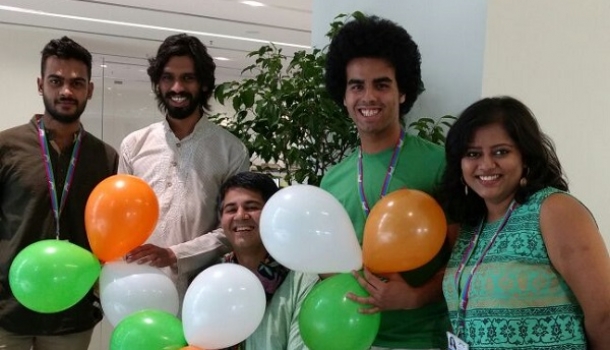 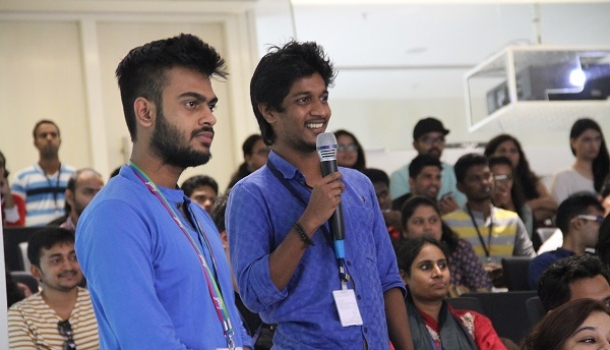 That's me!
When I was declared the winner of MTV Get A Job Season 2
Celebrating Independence Day with the team :-)
At an event at the Lab

A great learning experience in a breathtakingly beautiful office is what I got after I won the MTV-LinkedIn Get a Job Season 2!

It was somewhere during January that I bumped into an advertisement of MTV-LinkedIn Get a Job Season 2 on Facebook. Being an enthusiastic student of Computer Science & Engineering who was also aspiring to go abroad for a Master's degree, I immediately jumped on opportunity. Some of the best companies in India - Godrej, HCL, Reliance - were offering 'jobs' to a few, very lucky undergrad students! I started researching about each job and that’s when I first heard of Godrej India Culture Lab.

I immediately knew this was something that I wanted to do in my semester break. The work that the Lab does looked meaningful and I thought it would act as a perfect catalyst to my creative side. I crossed my fingers and applied for the internship. After a few days, I got to know that I was shortlisted for the second round and now I needed to send an elevator pitch.

With the busy schedule at college, and with other coding projects, I forgot about the show and the application. A couple of weeks later, as I was casually browsing through my inbox, I stumbled upon the email from MTV again. I was reignited a passion for the internship again, but to my dismay, I had just four hours to send the pitch!

I panicked, I didn't know what to say on the video but, I knew I had to give it a shot. After a couple of rehearsals, I shot the video and to my surprise, I was done with the pitch in less than an hour. I uploaded it online, and with much trepidation I hit the send button.

"Yes, he's going to be on MTV! He has won the show," I overheard my mother telling her distant cousin. I had told her to keep it a secret a thousand times, but obviously there was no calming her excitement. I was flown to Mumbai for the final round. The competition was tough, as we were taken through two rounds. The first was a presentation of a unique event we had to conceptualise within a limited time frame. My idea was based on the monsoons and the judges loved it. The second was a personal interview, which was conducted in a group. The results were announced reality show style, and it was nerve racking. But by the evening, I had done it! I had won an internship at Godrej India Culture Lab and an opportunity to work under Parmesh Shahani!

After the show was aired, I was famous overnight (I had 200 friend requests in a single day!). I had to wait a couple of months for the internship to begin.

The day arrived after a long wait... July 4th it was! It was decided earlier that I would be working on Web data analytics of India Culture Lab's website and helping the team with two BIG events, India LSD and Marathi Cinema Now. I will always be grateful to the Culture Lab family, firstly for believing in me and then for the new challenges they presented during my internship. I had to make creatives for social media posts, a talent I hadn’t properly explored. I was also the Point of Contact for the Marathi Cinema Now festival. I ended up talking to some of the best Directors and Producers of the Marathi film industry. Finally, my main project, i.e. the Web Analytics report, was received very well by everyone.

It was one of the greatest experiences of my life working at the Culture Lab with the ever so loving Parmesh Shahani and all my colleagues, Dianne Tauro, Kevin Lobo and Saniya Shaikh!

The internship helped me build my profile, make it diverse and increased my chances of getting into a top university for an MS degree!