Masterclass is in session

Blog » Masterclass is in session 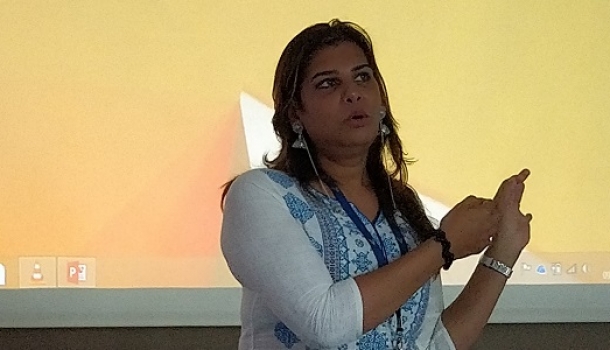 Equality to a T by Pallavi Khare

As part of the five weeks India Culture Lab Leadership Programme, the Leadership fellows met and engaged with the influential Zainab Patel, a leading voice of the transgender movement in India.

Zainab Patel is a transgender person, a policy analyst, a transgender rights activist and was one of the petitioners of the National Legal Services v. Union or India Case. The case resulted in the landmark decision by the Supreme Court of India, which declared transgender people to be a third gender. It was delightful to meet such a remarkable person who’d devoted much of her life fighting for transgender rights!

I have been engaging with transgender rights issues since my early undergrad years but that engagement was limited to academics or a small group of people, none of whom identified as trans. Engaging with Zainab thus was my first meaningful conversation with a trans person and it made me realise how fairly de-contextualised my engagement with these issues had so far been given that I had no real perspective to the lived experiences of trans people. Zainab’s talk though changed that for me as she familiarised us with the struggles that Trans people have to navigate each day of their lives.

Zainab began the lecture by dispelling the myth that transgenders are somehow new or alien to the Indian context. She anchored their history in Indian tradition, mythology and history acquainting us with the myriad ways in which Indian culture has represented transgender people. Much to the surprise of all of us Indian tradition has had a long history of the presence of transgenders in its mythology. One such engaging mythological story, as told by Zainab was of the Aravanis (the preferred name of trans-women) of Kerala. As illustrated in the Mahabharata, the Pandavas were to perform a human sacrifice in order to ensure their victory in the war. The God, Aravaan volunteered for sacrifice. His last wish however was to get married. Given the circumstances and the unwillingness of anyone to marry a man who was to be sacrificed the next day, Lord Krishna appeared as a female in the form of Mohini and married Aravaan who was beheaded the next day.

It was interesting for me to note the value that rituals and festivals such as the Aravanis festival have in creating and fostering a sense of community and identity especially for the Trans community whose sense of identity and community is constantly threatened by the larger society.

Of stories and candid conversations with Nikhil Taneja by Pallavi Khare 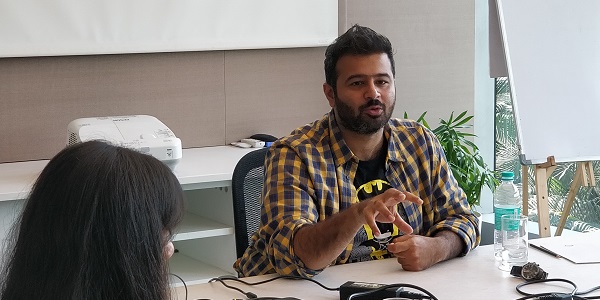 Nikhil Taneja talking about the art of storytelling

Nikhil Taneja believes that stories can change the world and it is this conviction that bubbled over as he gave a talk to the Culture Lab Leadership fellows on storytelling. Nikhil worked in YRF Films, Viacom 18 and as a journalist for Hindustan Times.

He spoke about how everything around us is a story and everyday experiences such as catching up with friends, familiarising oneself with new people all involve us telling stories. He explained that storytelling wasn’t the complicated art that it is colloquially understood as but an everyday exercise that everyone participated in and that human beings in fact are the sum stories, the ones we have lived and the ones we have grown up on.

Nikhil further explained that the reason we label other individuals in boxed identities including where they come from, what their educational qualifications are, whether they’re shy or outgoing is only because we don’t know their stories. His was specifically interesting because right before the talk, the Leadership fellows did a quick round of introductions and each one identified themselves by their name and their college. Nikhil pointed out that this was the problem of getting caught up in self identifying through labels. People rarely, if ever, know your story, who you are and why you are the way you are. However, as he explained, stories help us increase understanding and break these labels and definitions which I thought was a particularly liberating notion in a world where labels have increasingly become the hallmark of one’s existence.

Further, Nikhil spoke about how every story has an essential truth to it which makes people relate to it. However, I don’t completely agree with this notion. There are no essential, absolute truths in life, there are but multiple subjectivities and the truth with which the storyteller starts out to write his story may be very different from one that the audience takes away from it. I suppose we only differ in our views with respect to stories functioning as personal narratives or cultural artefacts.

Nikhil, beyond being very passionate for about his work is one who is not unwilling to answer questions. He was refreshingly accommodative of the host of questions I had for him and for that I believe I’ve found someone to truly appreciate.

A journalistic approach to culture by Ansh Shah 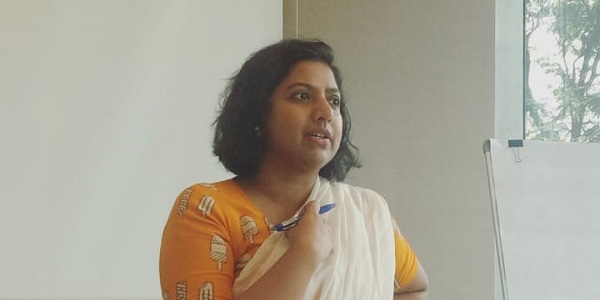 It is believed that cultural journalism is a professional dead end, but Supriya Nair told us otherwise. She has an incredible resume – she is currently a columnist for Mumbai Mirror and she has written for The Atlantic, The New Republic, Vogue, and Wisden. She has was also the editor of the anthology, The Caravan Book of Profiles.

She started off by giving us a brief idea about the history of journalism and then delved deeper into cultural journalism. Today, cultural journalism has very few contributors and promoters, and even fewer in newspapers. People do not consume much cultural news and do not believe it to be of much value to the newspaper companies. But this is a not true. Cultural news may not be something that readers go for first thing in the morning, but it helps build a unique character to a newspaper.

Cultural journalism is not just about the culture that surrounds the city. It has a much wider range than that. It also includes the production of work and the process of the creation of culture, said Supriya.

Culture is a tool of power, but it is also an enabler of power. Culture can be used just like any other field - to bring about the change that you think is necessary. While doing so, it also includes everyone else in your vision of change.

Unfortunately, it is widely thought that culture is a waste of time and does not affect people as much as literature, or maybe politics. Culture affects and influences people’s conscience and leaves traces in every choice they make in the future. This affects the actions and habits of a person unknowingly and slowly spreading to everyone. Music and art could tell us more about society than the elections, said Supriya.

She ended the talk by summing it up in one beautiful line, “If I can do something, does that mean I should?” This line intrigued me the most and till date I am exploring new and deeper layers to it - the implications of power in journalism, who wields it, and who shapes popular opinion.

From the cat’s mouth by Pallavi Khare 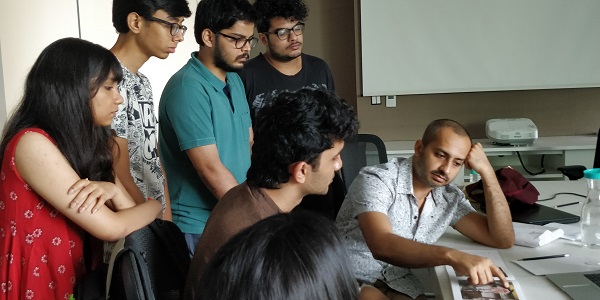 Ritesh Uttamchandani on his quirky photos

As the month long Leadership Programme draws to an end, the Leadership fellows met with photographer Ritesh Uttamchandani. He familiarised us with the basics of his photographic process and unpacked some of the common trends in photography today.

As he took us through some of his work, Ritesh told us how his style developed over several years and - while it is an extension of his personality - it is also the sum total of various other influences.

One of those influences was his fascination with the ironies of life. A photograph of his shows a man carrying ice blocks on a bicycle, wading through a flooded road in the middle of a downpour. This photograph, he says, was one of the first to show a nascent preference for the kind of work he wanted to do. It was fascinating to hear about his stylistic evolution, which was an amalgamation of the things he appreciates. This consists of humour, subtlety, a casual outlook to life and to not just show the world what is happening but to help them feel a situation. I realised that this combination of personality, perceptions and aspirations is how a lot of us create art- whether it's paintings or writing or photography and it was interesting to see it broken down into these identifiable boxes. 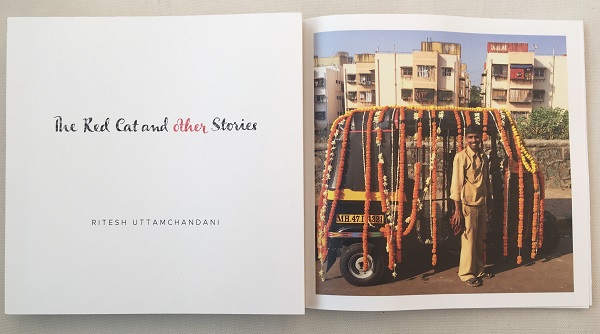 Ritesh Uttamchadani's book The Red Cat and Other Stories

Finally we went through Ritesh’s new book The Red Cat and Other Stories and it was fascinating to hear about the incredible amount of detailing that went into creating the book. For instance, the book had an exposed spine which was inspired by how the city of Bombay looks, with its pipes and wires running naked through it. This kind of symbolism and detailing was inspiring to see and made me realise how art exists in so many layers, it’s not just the photographs that tell a story in the book but its spine, how its pages are numbered and much more, and thus meanings and stories exist not just in images or stories or paintings but something as seemingly insignificant as the spine of a book and that’s perhaps one of my biggest takeaways from the talk.