Letter to a little girl in India

Blog » Letter to a little girl in India 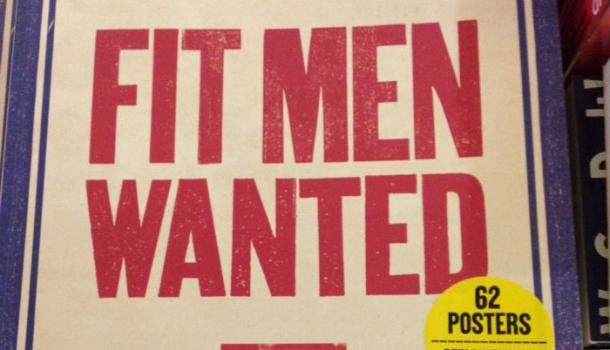 Poster at the British Library in London

I am writing to you four days after you told your mama — who happens to be my sister (though sometimes when you are sulking about her trying to feed you, you refuse to let her call me her brother; at that time I am, can only be, just your mamu) — that there are only two things I could possibly want on my birthday, or for that at any time ever, a Doraemon cake or a butterfly cake. Nothing less, or else, would do.

If I got either of those my life would be — as you sometimes say — done!

But you are four — and I am thirty years more — and in the three decades that separate you and me, my choices, like the years, seem to have added up. They will for you too.

When you first came to us, I was still in my twenties and, for the first time, feeling like I could change the world. At that time, soon after you arrived, when you used to bob around on your knees on your mother’s slippery marble floor merrily destroying the Lego blocks and putting Dolly to sleep, and making her wake up, every few seconds; when, the moment the word chocolate was mentioned, you would quickly paddle up to our knees and grin up, your tiny eyes looking up longingly behind a tinier nose, those were the days when I used to feel that nothing could go wrong in my world.

Since then, I crossed thirty (that does seem very old, does it not, darling?), and the world has grown a little more stormy, dark and cold — and not just because I am writing this on an autumn evening in Delhi. No, you don’t really know Delhi, or autumn yet, my love; in your Bombay, there is sunshine all the time, and when it rains, you are at the window stretching your little palm out and grabbing the raindrops. Mama is holding you tight — and you are never frightened even though you live on the 11th floor.

Do you remember the time when we were playing about a year ago, and you insisted on walking over me right up to my shoulders, and you tumbled down and I tried to awkwardly shield you from falling with one arm and my arm touched your bottom? Do you remember what you said? You said — miss said no touching bum.

It horrified me. I turned to your mother and said, ‘What sort of school are you sending her to that she knows this at three?’

Your mother looked sad. ‘Well bhai,’ she said, ‘what can I do? We have to let her know these things early. Her world is very different from the one you and I grew up in.’

That conversation never left me. It, I suspect, never will. But that day my sun grew a little bit fainter.

Months have gone by, and so much has changed. You have grown less interested, bored even, of Dolly. You still like chocolate, but these days you don’t rush up when you hear the word — you know that there are enough people waiting to give you some.

If only everything had become easier for you.

Long, long before you were born, in distant France, yes, the same place mama told you I went last year to eat lots of chocolate, there was a woman called Simone de Beauvoir who was so bright, so utterly clever, Daanu, that her father used to exclaim, ‘Simone thinks like a man!’ These days that comment would be considered sexist — you will, sadly, experience that word much earlier than you will learn it.

But I am writing, my darling, to urge you to consider something else. Something de Beauvoir wrote in a book called The Second Sex — this book does not have any picture inside it, Daanu, since you love books only with pictures, but as you will understand one day, the best books are not always those that have pictures inside them, but those that can create pictures inside your head. What she wrote was: ‘One is not born, but rather becomes, a woman’.

I am telling you this because that is what you are becoming — a woman. You are becoming a woman in a country where, though your mother is making you listen to the prayers of Durga Puja even now and again and telling you that women are worshipped as goddesses, actually, such bad, horrible things happen to women that a grand, serious, old organisation based in London, a city I love, and where you and I will go one day, called Thompson Reuters, where I once worked, says in a research that it is the worst place in the world to be, and to be born, a girl, a woman. Where you live, this country we are teaching you to love, is the worst, saddest, terrible-est place for you to be you.

What is treated badly, you ask? What does that mean?

Let’s just say — never forget the lesson that you must tell your mama, or dada, or me, if ever your bottom, or any other part of you for that matter, is touched when you don’t want it to be.

Oh, don’t get afraid now, no, no, that’s why I was telling you about that line, because I want you to ‘become’ a woman.

What does that mean? It means understanding, slowly, but steadfastly, that not all men are like mamu or dada or dadu. And that men, they are often different from women. How? Well, it seems in your world, my dear, and perhaps this has always been true, that they, we, are capable of the most frightening things. So scary that I cannot tell you about them. At least not yet. You are but only four.

So there will come a time, sooner than you think, when you will realise that boys — far before they become men — seem different. Are, in fact, different.

When they look at you — at school, or at play — or touch you, something will be different. It is called growing up. You must not worry about this but this you must remember, you, that is every part of you, is yours, yours alone. No one can get to or touch or access — that’s a big word, it only means reach out, yes, like for chocolate, but sometimes with a far more bad reason than that — any part of you unless you want them to.

Understanding is a big part of becoming a woman.

Hindol Sengupta is the author of The Liberals. His new book on the 2014 elections is out in February. He is also Senior Editor at Fortune and Founder of The Whypoll Trust.