Fragments of the Partition in objects

Blog » Fragments of the Partition in objects 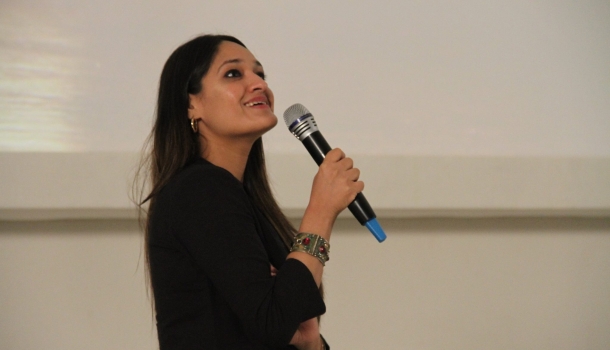 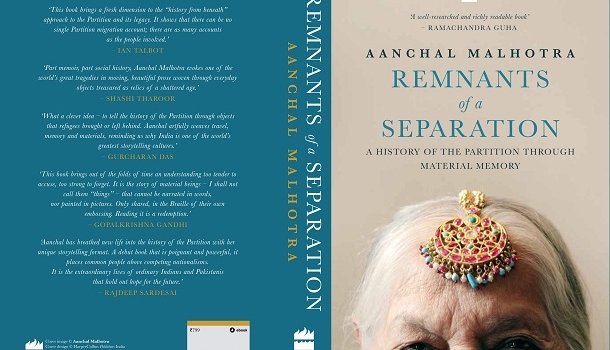 Aanchal Malhotra talks about Archiving Partition at our Lab
Book Cover: Remnants of a Separation

‘But why do you want to know?’ was the first question my paternal grandfather asked me when I inquired about the journey his family took from their hometown of Malakwal, now in Pakistani, to Delhi in August 1947. As the profound creases on his forehead dug deeper than ever, he sighed and continued, ‘And what will it change when you know? The past will still remain the past, and the events that happened in it would still have happened. Nothing will change that, so there is no need to remember.’

Like many others who crossed over the border on both sides during the conjoined birth of independent India and Pakistan, my grandfather’s family had been separated, displaced and reduced to penury, and yet all he chose to remember from that time was how they rose above it. How it taught them perseverance, diligence and resilience. Not a single mention of the loss of home, not even an accidental remark of having thought about it all these years, and certainly no shade of regret of having never visited sarhad paar, the other side where he had been born. There is no need to remember, he had said with finality. This was not the first time I’d heard this line and I knew even then as I conducted this interview in 2015, that it wouldn’t be the last. What was the purpose of remembering? I’d asked myself many times after this incident, why did I want to know? And what would it change?

In the four years that it has taken me to research and write a book on the Partition of India, I have realized that the concept of memory- in particular that connected with the Divide- is malleable, pliable and at times, even unreliable. Within its realm, the act of forgetting, either inevitably or purposefully, seems to play as much a part as remembering itself. Given the consuming nature of the event, remembering it continues to be a difficult and sensitive act. For the most part, those who witnessed it have either consigned parts of their memory to old age, or have folded into the crevasses of their minds the painful experiences of displacement, violence and immeasurable loss. So why must we bring these experiences to the surface again? Why must we make the effort to detangle a painful past? Why must we continue remember the Partition?
In the days that followed after my grandfather’s initial reluctance on the subject, my continual prodding eventually led him to extract from the depths of his memory, the circumstances of his migration. Something he had never done before. Along with facts and logistics, what tumbled out subconsciously were emotions- likely those that had been buried and absorbed into the decades, and those for which both him and I were rather unprepared. His story began in a tone that was pragmatic and matter-of-fact, and ended in one that I had never been witness to- embodying longing, nostalgia and sadness.

Due to the violent riots in their neighbourhood, the family had been forced to leave their home and live for ten days in a makeshift refugee camp set up in a cotton factory. From there, they were transported to a bigger camp and from there, boarded a train to India. On this journey across, his father who had been the manager of a bank in Mandi Bahauddin, was forcibly removed from the train and disallowed to leave, under the pretext of having to train the new Muslim employees. In addition to this, the oldest son- my grandfather’s elder brother- had been unable to contact the family at all. As my grandfather recollected what it felt like, as a nineteen year old, to have become the patriarch of his family within a matter of minutes, he spoke not to me, but as if to his younger self. These were the memories he hadn’t allowed to resurface before, and confronting them now was as if looking into one’s own shadow.

‘A moment of sudden maturation’ was how he described his predicament on the journey toward India; he singlehandedly would now have to look after his remaining family, comprising of his mother and two younger siblings. ‘In those first few moments of the train pulling out from the station at Mandi-Bahauddin, it felt like some part of us had been lost or detached or served. Like we were unwilling shedding skin, leaving parts of ourselves behind in this land we had been forced to flee form. Everything familiar had been lost and nothing would ever be the same again. We had become refugees.’ Shaking his head side to side, he spat out the word.

As a result, Malakwal had been consigned to the farthest corner of his mind as a place never to be seen or experienced again. Unwilling as he may have been- and as others were in the four years that I have been conducting such interviews- his perspective educated me on the place my ancestors came from. After this conversation, the home he’d left behind began to visit him in dreams. He began to tell us about the size of the mangoes, or the green of the fields from his childhood. Something had come undone and risen to the surface. A resistant conversation had sparked a memory, which had further sparked reminiscence, which had at last, healed the wound he had nurtured his whole life. And when he died, the one regret I was unable to shake off was that I could never reunite him with his soil.

They say that time heals all wounds. Well, perhaps in the case of the Partition, this is not entirely true. For the most part, time has only managed to entomb memories of the Divide and a life before it into a coffin of silence, the years having acted as sedimentation, never to be excavated or questioned. The larger narrative, until recently, has been one of refusing or not wanting to remember, or in some cases, even attempting to forget on purpose. Partition was a word unspoken in my family for years, a wound untouched, and because I persisted, that wound now remains no more.

Memorializing needs to be an active practice, pursued in homes on a personal, quotidian level. Children and grandchildren- who have grown up without the knowledge or experience of communal madness- need to consciously find ways to discover these latent histories. We must be proud bearers of our histories, regardless of whether they originate across the border. In fact, more so in such circumstances. We must learn of things not only associated to the violence surrounding the Partition, but more importantly, of the syncretic life that existed once before it. We, as second and third-generations, who have inherited both time and distance to view this colossal event with an objective, academic lens, must now actively strive to inherit its memory. And by the telling of this contentious and interwoven history of two nations through recollections of those alive in pre-Partition times, we might see clearly that we are far more similar than we are different to our neighbours on the other side of this man-made border.