Feminism and the impact of the MeToo movement

Blog » Feminism and the impact of the MeToo movement 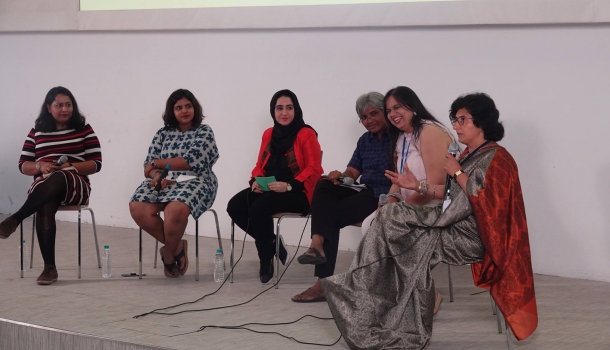 The last eight months marked a quantum leap in the field of women empowerment, thanks to the MeToo movement which shook the world. It made men holding powerful positions realise that they were not invincible and their acts of misconduct towards women would not be swept under the carpet anymore.

It was a shot in the arm for feminists and the champions of women’s rights. At the Godrej Culture Lab, a panel discussion on So Many Feminisms! Feminist Futures, offered the feminist voices of our country a platform to discuss what lies ahead for the feminist movement now.

The MeToo movement fought against the evident power structures and took on some very powerful people. For women to stand up against these predatory men took a lot of courage as they held influential positions in their fields.

But is social media too privileged a tool to be used by masses? Well, Diva Kandukuri believes so. “Who has access to digital media technology? Who has access to smartphones? We are excluding a whole section who can’t access technology. We should try to be more inclusive and intersectional”, remarked Divya.

Surely, the reach has to widen and more stories of harassment must come out in the open. But, there needs to be a concrete conclusion to such stories as well. As Dr Meena Gopal pointed out, “The issue is about how you address the deep-rooted patriarchal culture, be it in sports or in terms of misogynist hierarchies.”

With incidents of harassment dating back decades, the fight for justice may be long and tiresome. The legal recourse, if taken, can dent the morale of the survivor. But that must be the preferred way to claim justice.

Since the reach of social media is limited, a lot of women survivors rely on the law to take charge. Jyotsna Siddharth believes in the strength of our legal system. She says, “No matter how flawed the system is, we must continue to work, rework and reshape this due process and strengthen it rather than creating a culture of naming and shaming because for me that is not constructive.”

Sharda Ugra, too, believes that justice can be achieved through the right channels and not only by publicly naming the harassers. As an insider in the world of the sporting fraternity, Sharda says, “Concerns were raised around the behaviour of a senior sports journalist by a lot of women. Within days, his contracts were cancelled and accreditation removed. It all happened without any noise and there was no naming or shaming.”

It is clear that women’s voices will grow stronger. A revolution is underway and it’s time for women to take centre stage.