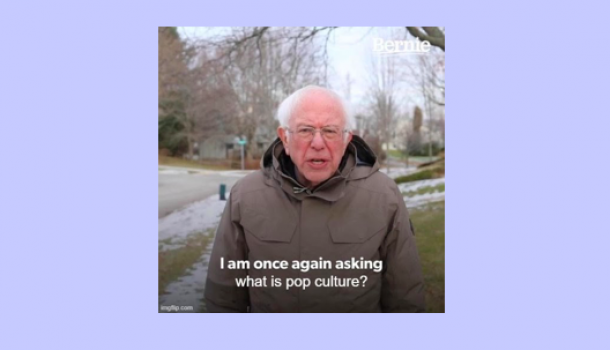 Words commonly associated with a platform dedicated to creating and hosting bite size video content seem to have seeped into a rather hostile spat amongst content creators and influencers on TikTok and ones that create for YouTube in India.

While we were preparing for our presentation on “The Indian Contemporary: What defines Indian Pop culture now?”, the ongoing feud between the two video content platforms drew our attention for multiple reasons. Our final argument being that the rift arising between the two platforms and the arguments thrown against the ineptness of each platform is the precise site we need to look into to understand the direction Indian pop culture is looking towards.

In our presentation, we argued about various cultural currents in practice and how they shape as well as redefine structures, frameworks as well as institutions that hold stakes in what should or should not be called culture. With the insight from Nayanika’s presentation on culture we go on to add ‘popular’ to Raymond Williams’ culture ‘as a way of life’, stumbling upon the polysemous interpretation of  John Storey for whom popular culture can be conceptualized in many ways with differing relations to the masses, culture industry, class struggle and more.

With keeping Uses and Gratification theory, dictating that humans are active agents seeking to gratify themselves, as our navigation needle we set out to explore the dynamic terrain of online media and the emerging trends within these terrains in contemporary India. The nature of these terrains are summed in this quote by Aswin Punathambekar:

“the centrality of mobile media technologies to the formation of publics, highlight the fluid and ephemeral nature of these publics, and suggest that the transient nature of mobile publics allows for the articulation of new cultural and political possibilities that might not be possible in more formal institutional settings.​”

This ephemerality was central to our argument as we highlighted the participatory nature of this new mobile public, an economy using attention and influence as its currency to amass screen time and hashtags. As Ulka Anjaria talks about new-provincialism with regards to popular fiction, the same understanding can be extended to look at digital cultures where today, all of India is a space of possibilities as opposed to the metropolises or megalopolises defining what culture means for everyone.

As different online platforms bring the possibility of forming new communities, the subcultures arising in these nooks pave way for different voices to be heard, for representation and for resistance. But the subcultures also transition towards the mainstream, getting adapted and appropriated into mediums that were initially what these subcultures rallied against. We used these observations to look at how cultures fashion our sense of selves.

The contemporary times favor a rising prosumer culture (producer + consumer) where more and more people have means to create content rather than just consume. This leads to challenging the iconoclastic monolith of a celebrity. Celebrities today are not people who are inaccessible but people who are relatable to this mobile public. This leads to the rise of not a Public Intellectual but of a Public Influencer. But this can also lead to clashes between what and who is deemed worthy of influencing.

The recent spat between Youtube and TikTok brings to light how digital cultures are formed in the image of social realities. As casteist and queerphobic slurs were thrown towards not just TikTok’s users but the platform itself, we were forced to confront the limitations of the possibilities often attributed to online spaces and the hegemony of a privileged few over means of production and values defining the quality of production. This forced us to confront Storey’s interpretation of hegemonic pop culture, where pop culture is the confrontation between the hegemonic culture and values and the culture of masses resisting it.

Lastly we focussed on the idea of cringe and what cringe constitutes. The term cultural cringe was introduced by A A Philips to refer to an internalized inferiority complex which causes people in a country to dismiss their own culture as inferior to the cultures of other countries. Colloquially, cringe refers to a feeling of revulsion or disgust. And as a slur used against TikTok it is used to denote content which is so bad that it invokes disgust. But if cringe is also about repulsion why is it getting more and more popular?

As we looked into the matter, we found that the so-called ‘cringe content’ was a booming sphere with millions of people participating. To understand the upcoming phenomenon of ‘cringe pleasure’ we again need to look into and understand the gratifaction both producers and consumers of such content receive. These gratifications are already set in a hierarchy depending on the social position and capital of prosumers. A class of the self identified content pundits become the gatekeepers of legitimate and illegitimate pleasures. The legitimate pleasure belongs to the appeasement of urban middle-class upper-caste users. While ‘cringe’ occupies the space against their sensibilities. Youtube itself in its conception defied the codes of broadcast and had room for the irreverent and earnest. With time and newer revenue models it has sedimented into cliche formats and biases of its majoritarian user base, reprimanding Tik Tok for a similar prospect it promised at one point.

The ‘cringe’ then is a space for subcultures and countercultures to thrive, to challenge the authenticity of the established hierarchy. We can say that there’s no inherent value which makes one kind of content better than the other, but only the social trends, dictums and idiosyncrasies of the privileged few who self define what counts as appropriate and good content. Even as cringe remains a site of protest, whether its acceptance is or isn’t the pathway to democratization of online culture remains a question.