Book Extract: A Fly in The Curry

Blog » Book Extract: A Fly in The Curry 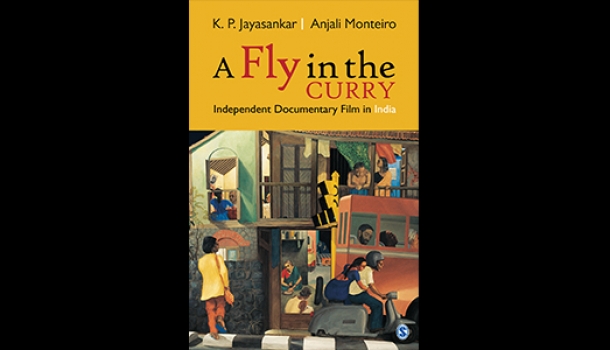 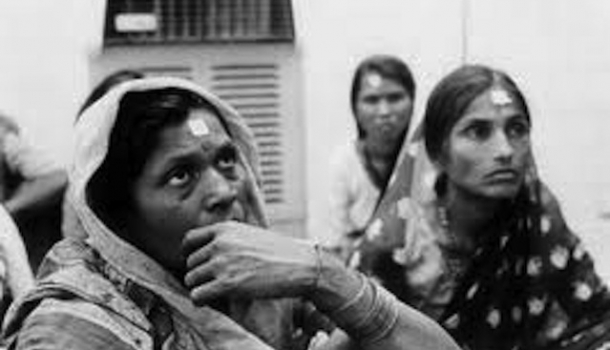 The early 1980s witnessed feminist mobilisations and struggles across the country, around the issue of rape, violence against women and dowry, subsequent to the Supreme Court judgement on the Mathura rape case in 1979. These mobilisations involved an explosion of creative expression in the form of street theatre, songs, posters and photographs that celebrated the agency and resistance of women to the dominant patriarchal norms of the family and the state. It was around this time, in 1980, that Deepa Dhanraj, along with Abha Bhaiya, Meera Rao and Navroze Contractor, formed the Yugantar collective. Like Patwardhan, Dhanraj too recounts how for her the Emergency was a watershed event, where the “ veils were ripped away” and she witnessed, for the first time, the naked face of state brutality. These “lived in experiences” led to the beginning of a “fledgling political consciousness” in her that was beyond “theoretical, academic or philosophical” radicalism. Dhanraj describes her political stance as an organic response to the Emergency and the Mathura rape case, an attempt to understand these events through a Marxist lens, “theorising from lived experience”.  Dhanraj sees this focus on “ground realities” as a hallmark of her cinematic practice ever since. Her interest in critically engaging with the sites of “the family, the state, law and health” has also endured. (…)

Dhanraj too recounts how for her the Emergency was a watershed event, where the “ veils were ripped away” and she witnessed, for the first time, the naked face of state brutality

Dhanraj sees her work over the years as a collaborative project with her subjects, “a way in which to stand together in a political alliance that both the filmmaker and the subject you’re working with are comfortable with.”[1] Many questions related to the thematic, the treatment, the profile of the audiences of the films, were taken up by the filmmaking collective with their subjects during the production process. Intense debates followed and once the films were made, they were first screened for the subjects and based on post-screening discussions, the films were re-edited. (…)

This innovative process of filmmaking was unheard of in the Indian context and led to nuanced texts that reflected this participatory spirit. In many ways, the foregrounding of women’s voices and their agency was a radical shift in the language of Indian documentary, particularly the Films Division work where “nobody spoke”. (…)

Dhanraj revisits in the film, which she sees as a “well constructed political essay”, the fertility control and forced sterilisation unleashed during this period

This participatory approach is also demonstrated in her landmark film Something like a War (1991), a scathing feminist critique of the family planning campaign of the Indian state, supported by international aid agencies such as the Ford Foundation in the post-independence India. While Patwardhan’s films look at political turmoil and state repression during the Emergency, Dhanraj revisits in the film, which she sees as a “well constructed political essay”, the fertility control and forced sterilisation unleashed during this period. The pastoral power of the state that sees itself as the legitimate arbiter of family size and reproductive rights is exemplified by Mrs. Gandhi’s words in the film: “We must now act decisively and bring down the birth rates speedily. We should not hesitate to take steps, which might be described as drastic. Some personal rights have to be kept in abeyance for the human rights of the nation.” The film bears witness to the capillary action of this power that set sterilisation targets for its local level functionaries of the state and its agencies, which finally impinged on the bodies and rights of women. The programme that started off targeting men during the emergency, through forced vasectomies, met with a lot of resistance and was ultimately one of the causes that led to the fall of the Congress regime.  Subsequently, the focus shifted to women, perceived as easier targets.

Deepa Dhanraj reflected on the dilemmas of filming in the sterilisation camps—the need to tell the story of the violation of women’s rights in the camps, in the absence of discussion on this issue and the realisation the women themselves had no choice about being a part of process of filming

The discourse of the state is brought out through text, family planning campaign advertisements, interviews with government health planners and bureaucrats, as well as case studies of the programme implementation on the ground. The film poignantly brings out the disjuncture between the self-congratulatory rhetoric of the medical profession as exemplified by the gynaecologist Dr. Mehta, credited with a record number of laparoscopic procedures, and the experience of pain, humiliation and alienation of the women, who are herded like cattle in mass sterilisation camps, often in unhygienic and inhuman conditions. The medical establishment sees the issue as a matter of numbers and targets to be met, devoid of any human element. Dr. Mehta asserts that if the Tatas and Birlas have no restrictions on their production output, a doctor should also be allowed to perform as many surgeries as he can. In a chilling opening sequence, the doctor talks to the camera while he is in the middle of an assembly line of surgical procedures, in a nonchalant manner, intercut with shots of the terrified women who are subject to his scalpel (see Image 3). In an interview with the authors, Deepa Dhanraj reflected on the dilemmas of filming in the sterilisation camps—the need to tell the story of the violation of women’s rights in the camps, in the absence of discussion on this issue and the realisation the women themselves had no choice about being a part of process of filming:

That was a real, I think… ethical dilemma… what do you do? We’ll go there and we’ll shoot. Because you are obviously adding to their discomfort, they are on the operating table, in pain, vulnerable. The camera is present and they have no voice, nothing! They can't just kick us out because we have come with these powerful guys, right? […] You know, you take a call… that’s the only thing I can say. You take a call and you say, “Look I need this”. […] It was terrible. It would have been awful if I were in their place. […] When Something Like a War was made, there was not a single feminist critique of the family planning programme.

While this sequence, seen in isolation, might be seen as emphasising the victimhood of these women, this is contradicted by other narratives, particularly one that shows a group of women (including the filmmaker) of various classes and locations exploring their awareness of their bodies, their notions of sexuality and desire, and their resistance to patriarchy emanating from various sites — the family, the hospital and the community. Moreover, even in the scene which frames the film, located in the laparoscopy camp, where a woman is being held down by the medical assistants, a powerful signifier of medical violence, the woman does not come across as a victim; she shouts at the end: “Get off me, you bastards!” The film weaves together these various narratives in ways that challenge the popular imagination that equates prosperity with population control. (…)

The voices of the women in the film bear witness to the ways in which the violation of their human rights is normalised within the vision of the modern state with its disciplined small (and middle class) families. As Gyarsi Bai says at the end of the film, “They are not eliminating poverty. They are eliminating the poor!”

[1] Film is a political alliance between filmmaker and subject, 15th June 2013, The New Indian Express.