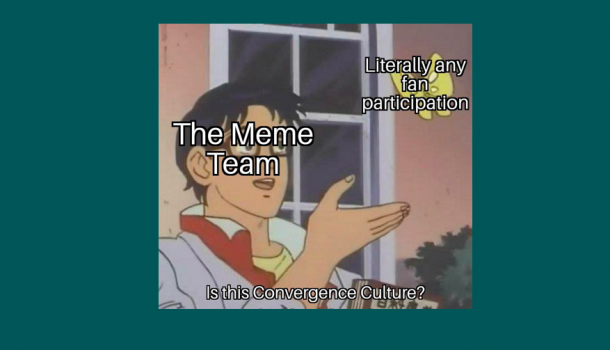 As a research task, The Meme Team was divided into pairs and asked to present to each other on various topics that helped us better understand memes and/ or culture in general. Ambika and I were quite disappointed to know we had probably the most boring and complicated topic, or at least that's what we thought before we were promptly proven wrong by the “Theory of Convergence Culture”.

Henry Jenkins’ works taught us that convergence culture is not just some theory written in a humorous book insanely woke for its age. Rather it is a deeper explanation of how we can understand the behavior of modern media culture, sort of like internet-techno-sociology, due to lack of a better term.

When we were asked to do this presentation, we skimmed through the subject matter and decided on the one study that can perfectly encapsulate convergence culture, participatory culture, and all of its component theories thanks to its large fanbase and community - anime! 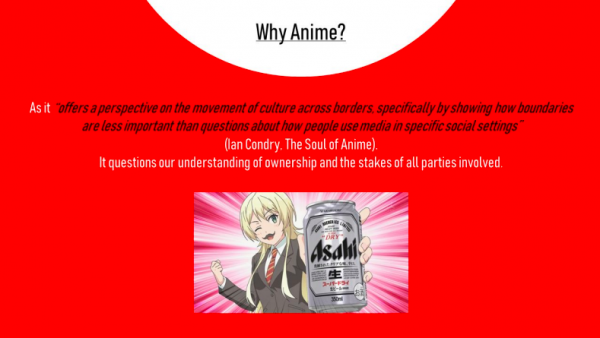 We ventured into the world of anime by attempting to analyze certain perceptions and sub-genres. However we soon realized that it was an impossible tangent since everything we sought to explore, every single aspect of fandom culture intermingled with one another in an unbelievably funky way. So we decided to look at Ian Condry’s ‘The Soul of Anime’ to see how we could better explain our prime example and link it with convergence culture, and sure enough, it worked wonders. 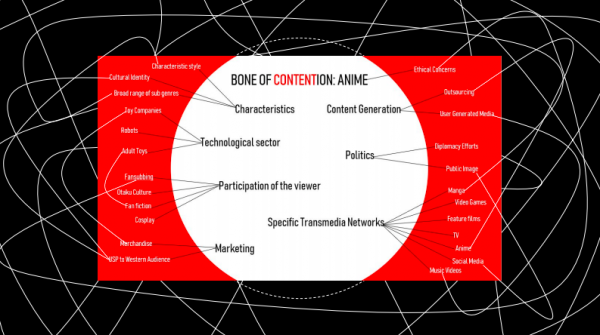 We went over some terms linked to Convergence Culture, namely Collective Intelligence, Participatory Culture, Transmedia Synergies, Migratory Culture, and Collaborative Creativity, as well as studied the convergence of fanarts, fansubs, fanservice, the main anime, mangas, manhuas, etc. We analyzed how people have a great role to play in the production of various anime by readily participating in it. Without people voluntarily watching it, sharing it, talking about it, anime would not have grown to be as popular as they are today. Even pirated websites engage in a sort of participatory culture by pirating and distributing anime to people who do not have access to anime streaming services. After all it was mainly due to piracy that anime became globally popular in the first place. All these people have a sort of collective intelligence towards various topics. For example everyone has the same sort of sentiment towards things like hating Sword Art Online, never talking about Boku no Pico, and engaging in the continuity and synergies between different media, regardless of whether its a manga, game or anime. There is always a Pikachu with Ash no matter which media he may be in. Also the tendency of viewers to transition and migrate from one medium to another, like from Netflix to Crunchyroll i.e. a sort of Migratory Culture that defines what it feels like to be a fan trying to find the best place for content that is suited to their interests. 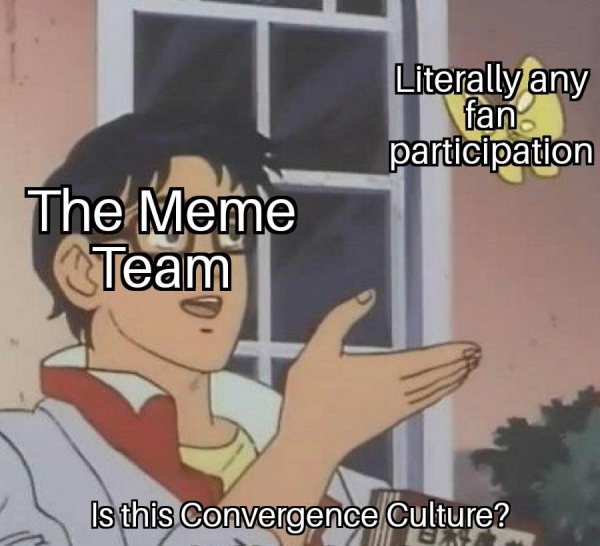 As we studied the fan behaviors more and more, we began relating them with ourselves, and the more we were able to relate, the more we were able to understand that we also do the aforementioned things. From participating to migrating we have done it all. When we finally realized what a vital role of the convergence equation we all play, we were able to bring the examples and principles to our daily lives. A quote by Ian Condry, in the book ‘The Soul of Anime: Collaborative Creativity and Japan's Media Success Story’, brilliantly sums up our emotions:

“Entertainment content isn't the only thing that flows across multiple media platforms. Our lives, relationships, memories, fantasies and desires also flow across multiple media channels. Being a lover or a mommy or a teacher occurs on multiple platforms. Sometimes we tuck our kids into bed at night and other times we Instant message them from the other side of the globe.”

Convergence culture is a theory well suited for the modern technological era. It properly details the peculiarities of crowd behavior on media platforms and how the relationship of the people and the producers is far more complex than simply consumer and producer, but rather codependent. It compares old media and its evolution and transition into new media, detailing how the behaviors and ideologies of people involved changed to a certain sort of convergence, of ideas, concepts, likes, and dislikes. We hope that you, the reader, are able to take a proper deep dive into reading what Jenkins has to say about convergence culture because we’re sure that you'll be pleasantly surprised. Arigato! 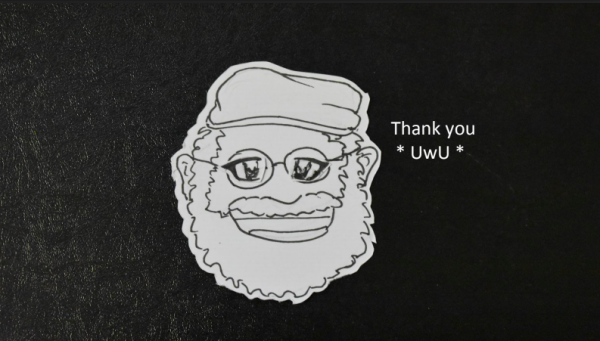