Indian Graduates from MIT Who Have Changed the Face of Technology 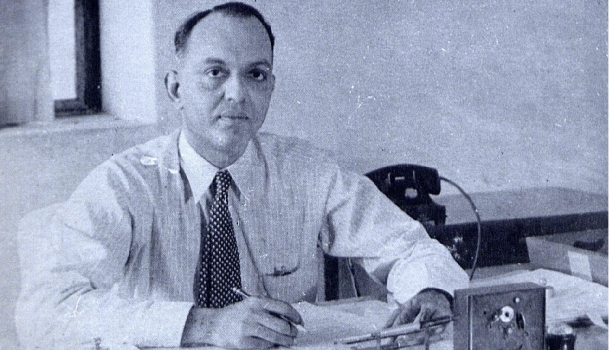 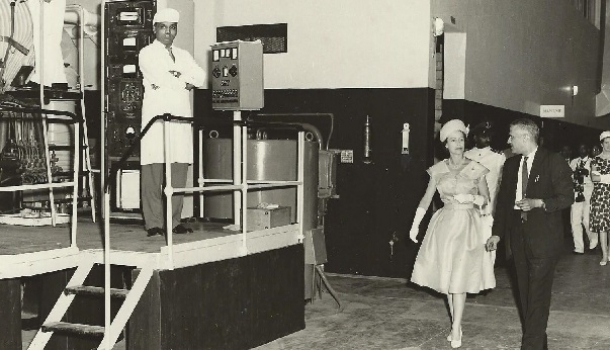 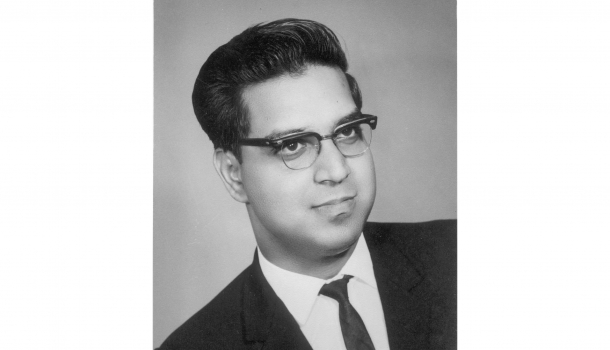 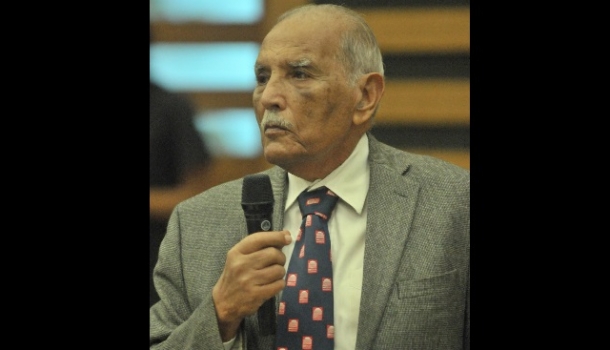 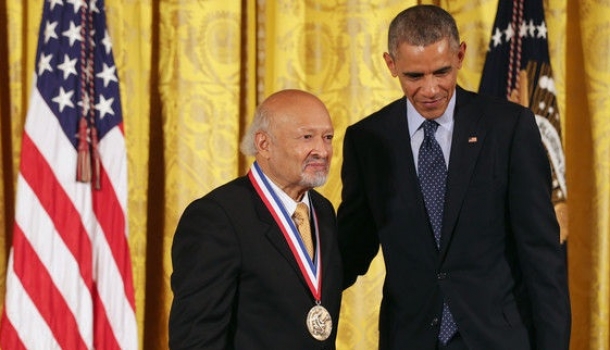 Anant Pandya (1909-1951)
Anant Pandya, from Gujarat was the first Indian to graduate with a doctorate in engineering from MIT, earning the degree in civil engineering in 1933. However, when he came back to India he had a hard time finding a job.  British firms did not recognize the value of his MIT education. One firm offered him a job for the humiliatingly low salary of 150 rupees a month. Pandya eventually took a job in London working on advanced construction techniques. Then in 1939, Pandya was appointed the first Indian principal of the Bengal Engineering College.

With the outbreak of World War II, and then the coming of Indian independence, Pandya’s great engineering expertise was a prized commodity in India, and he moved from one important position to another. He was a leading figure on the Sarkar Committee that laid the groundwork for the IITs, and he served as the first Indian head of Hindustan Aircraft. He headed a contracting company that won large contracts for the construction of dams and water supply systems, but his life was tragically cut short by an automobile accident in 1951.

S. L. Kirloskar (1903-1994)
In the 1950s and 1960s, some of India’s leading business families, such as Birla, Godrej, and Chauhan sent their heirs to MIT in preparation for running the family business. However the first Indian business family to send a son to MIT were the Kirloskars, who sent S.L. Kirloskar to MIT in 1922. At the time the Kirloskars had a small business that focused on selling farm implements.  S. L. Kirloskar modernized the product lines, moving the company into oil engines, and establishing a joint venture with a large American firm.  He sought to have his companies compete globally and he became a leading spokesman for Indian business during the socialist era.

Brahm Prakash (1912-1984)
Brahm Prakash was born in Lahore, the son of a railroad employee in a middle class Hindu family. He earned a doctorate in chemistry from the University of Punjab and worked for the Railway Metallurgical Laboratories. In 1945 he was selected as part of a small group of Indians to come to the United States for higher technical training, earning a doctorate in metallurgy from MIT in 1949.  On his return he became the first Indian head of the department of metallurgy at the Indian Institute of Science, and then served as one of Homi Bhabha’s top lieutenants in the atomic energy program. Finally in 1972 he became the director of the Vikram Sarabhai Space Center in Trivandrum, where he played a central role in the development of the SLV-3, India’s first satellite. He also served as a mentor to A. P. J. Abdul Kalam.

M. N. Dastur (1916-2004)
When India became independent, it had very little steel production capacity. The only large steel plant, was the Tata Iron and Steel plant in Jamshedpur. India made agreements with West Germany, Great Britain and the Soviet Union for the construction of steel plants. However M. N. Dastur had a different idea. Dastur, who earned his doctorate in metallurgy from MIT in 1949, proposed that if Indian experts such as him, designed the plant, India could build the steel plants more cheaply and produce steel more cost effectively. In 1955 Dastur, who had been working as a consultant in the United States, returned to India to establish a consultancy and quickly recruited a talented workforce, motivated by the dream of building indigenous steel mills. Dastur found an ally in Nehru, who had planned to give him the job of designing the new steel mill at Bokaro. However after Nehru’s death, the job was given instead to the Soviet Union. In the early 1960s’s Dastur’s team was called “the best ever got up in a developing country”, and he won contracts in India and throughout the world.

Lalit Kanodia
When Lalit Kanodia graduated from IIT-Bombay in 1963, he had no exposure to computing. At MIT, he got an assistantship working on Project MAC, a research project aimed at making computers more useable. In 1965, while in India for a short time, he got a position as a consultant for Tata. As part of this job, Kanodia proposed establishing a computer operation within Tata. Tata agreed to support this venture, and Kanodia recruited two other young MIT graduates to join him in what would later became known as Tata Consultancy Services. After three years, Kanodia left to start his own firm, Datamatics, which became an Indian IT giant in its own right.

F. C. Kohli
Kohli, sometimes known as the “father of the Indian IT industry,”earned his masters degree from MIT in electrical engineering in 1951. After a stint working at Tata Power, Kohli was brought in to lead Tata Consultancy Services in 1969, providing mature leadership to the new venture. In 1975 Kohli gave a prophetic Presidential address to the Computer Society of India, saying that in forthcoming information revolution, India “had the opportunity to participate in this revolution on an equal basis.” In Kohli’s over quarter century of leadership of TCS, Kohli set forth a vision of how TCS could win IT work from the United States and other countries.  And in his quarter-century of leadership, TCS proceeded to do just that.

Vaidyeswaran Rajaraman
If Kohli is the “father of the Indian IT industry,” Rajaraman might rightly be called the father of Indian IT education. He earned his masters degree from MIT in 1959, and in 1965 came to IIT Kanpur, which through its program of US assistance, was becoming the leading center of academic computing in India. Rajaraman headed the computer centre there and pioneered the writing of computer programming textbooks in India. He later served as the chair of the committee proposing the Masters of Computer Applications degree, which provided large numbers of trained personnel for India’s IT companies.  He then led a supercomputer centre at the Indian Institute of Science in Bangalore.

Thomas Kailath
Today Indian engineers are leading figures in American engineering schools. It is almost impossible to imagine an American engineering school without Indian professors and Indians serve (or have recently served) as deans or presidents at such leading schools as Harvard, MIT, Carnegie Mellon, Berkeley, Penn, UCLA. One of the first prominent engineers in the American academy was Thomas Kailath. Kailath, who family were Christians from Kerala, grew up in Poona, and studied engineering at the College of Engineering in Poona. In 1961 he became the first Indian to earn a doctorate in electrical engineering from MIT in 1961. From there he was personally recruited to Stanford by legendary figure Frederick Terman, who explained to him why Stanford had a better future than MIT. Kailath had a rapid rise at Stanford, becoming a full professor by 1968, making major contributions in several fields of engineering. Kailath started several companies in Silicon Valley and in 2014 was awarded the Presidential Medal of Science by Barack Obama.

Uma Chowdhry
Uma Dalal was from a Bombay business family, but in high school developed an interest in science. In 1976, now married, Uma Chowdhry became the first Indian woman to earn a doctorate in engineering from MIT, gaining it in materials science. From there she went on to the American chemical giant Dupont, ascending to the position of Chief Technical Officer.

Suhas Patil
Today South Asians make up a substantial number of the entrepreneurs in Silicon Valley.  It was not always thus, and Suhas Patil, was one of the first successful Indian Silicon Valley entrepreneurs. After getting his B.Tech. from IIT Kharagpur in 1965, he went to MIT, where he worked on Project MAC, and was awarded his doctorate in 1970. After some years on the MIT faculty and an unsuccessful attempt to return to India, Patil founded a business that later became known as Cirrus Logic. He then played a crucial role in starting TiE, The Indus Entrepreneurs, an organization that helps mentor entrepreneurs, both South Asian and other. TiE today has over 13,000 members in 18 countries around the world

Deep Joshi
While many Indian graduates of MIT came from large cities, Deep Joshi grew up in the small village of Puriyag in Uttarakhand. After getting his engineering degree from the Motilal Nehru Regional Engineering College, he taught engineering, before going on to MIT for an advanced degree. At MIT he became less interested in the purely technical aspects of engineering and began combining economics and engineering.  Shortly after his return to India, he founded Pradan, an organization which recruits IIT and IIM graduates to work in India’s villages. Joshi argued that village development work was not less intellectually challenging than high technology engineering. By 2014 Pradan had 400 professionals working with over 270,000 people.

Adi and Nadir Godrej, Ramesh Chauhan and Aditya Birla
In the 1950s and 1960s a number of India’s most prominent business families had children go to MIT in preparation for running the family businesses.  At MIT, they gained both technical and managerial skills which were used in operating their businesses in an increasingly global environment.  After Adi Godrej returned from MIT, the company increasingly worked to develop professional management practices at Godrej.   While Nadir brought his chemical engineering experience to Godrej’s chemical and animal feed businesses. Ramesh Chauhan worked to develop the Parle beverage brands in the face of Coca-Cola, while Aditya Birla increasingly expanded the Birla operations to South-East Asia.

*Ross Bassett is an Associate Professor in the Department of History at North Carolina State University. Using a unique database of every Indian who graduated from Massachusetts Institute of Technology (between 1882-2000), Professor Bassett wrote his seminal book The Technological Indian. The book charts the ascent of these MIT alumni to the pinnacle of high-tech professions across the world.