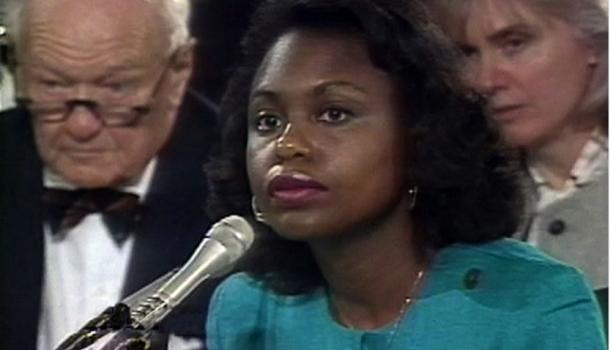 In October 1991, an entire country watched transfixed as a poised, beautiful African-American woman in a blue dress sat before a Senate committee of 14 white men. With a clear, unwavering voice, Anita Hill recounted the repeated acts of sexual harassment she had endured while working with U.S. Supreme Court nominee Clarence Thomas. Her testimony was a turning point for gender equality in the U.S. and ignited a political firestorm about sexual misconduct and power in the workplace that resonates even today.

Against the backdrop of sex, politics and race, Anita - the film - reveals the intimate story of a woman who spoke truth to power and is a celebration of her legacy.

The screening was followed by a panel discussion with Freida Mock, Academy Award winning filmmaker and director of Anita, Melissa Silverstein from the American Film Showcase Program and Petrina D’Rozario from the Women in Film & Television association of India.

This event was in association with the U.S. Consulate - Mumbai, the American Film Showcase Program and the Women in Film & Television association of India.

Udayan Dhar, who is part of our Diveristy department at Godrej writes us a blogpost on workplace sexual harrasment drawing links between this film as well as the Indian film Bawandar that tells the story of Bhanwari Devi- a watershed case for this issue in India. (Read the piece here)