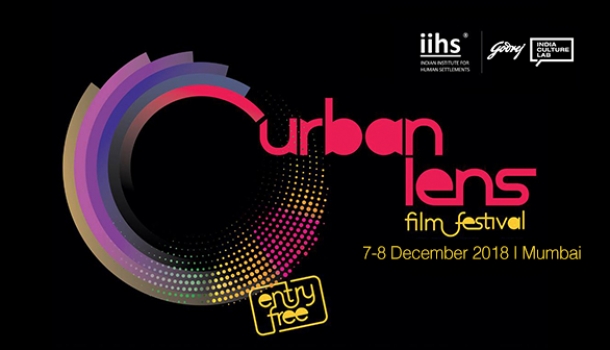 We were proud to collaborate with the Indian Institute for Human Settlements to present the fifth edition of the Urban Lens Film Festival. The festival that showcases films about cities, came to Mumbai on December 7 & 8 after successful editions in Bengaluru and New Delhi.

The growth of cinema world over has been deeply influenced by different forms of urbanization. The festival hopes to excavate aspects of this symbiotic relationship with select films from over 2000 entries from 105 countries, along with invited films and to generate a new meaning of the role cinema plays in shaping our understanding of urban issues.

Caferati hosts of the city's longest running open-mic, opened the festival, with a poetry session - Poems on the City featuring Jane Bhandari, Menka Shivdasani, Arjun Bali, Raamesh Gowri Raghavan and Batul Mukhtiar. This was be followed by the Mumbai premier of Squeeze Lime in Your Eye by Avijit Mukul Kishore. The film follows visual artist Kaushik Mukhopadhyay in his workspace, home, art gallery and the university where he teaches. Mukhopadhyay is known for his work using discarded objects and household items giving them new life in quirky sculptures.

On Saturday, we had film screenings all day interspersed with conversations with filmmakers and more. Highlights included a keynote - The City and the Creative Economy delivered by Aromar Revi, Director of the Indian Institute for Human Settlements and a panel discussion called Mapping the City. The panel featured Anica Mann-Kapur from Global Xplorer (Global Xplorer uses satellite mapping to make archaeological data accessible to all and to create a network of citizen explorers), Jasmine Lovely George, Founder of Hidden Pockets (a multimedia feminist project mapping out where women and trans people can access the sexual health resources and services they need) and Founder of Photography Promotion Trust, Sudharak Olwe, who has travelled the country photographing stories of change and resilience in rural and urban communities and will be moderated by Lab head, Parmesh Shahani.

Special thanks to Tarq, Chatterjee and Lal, British Council and Prince Claus Fund.