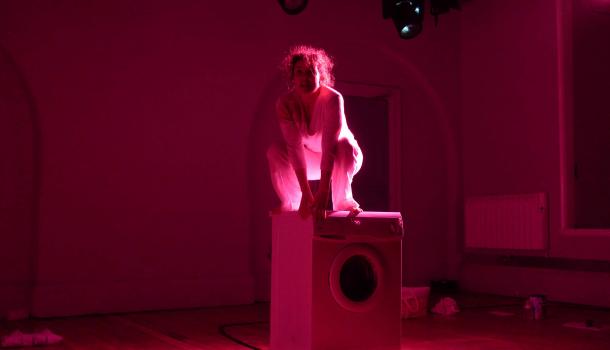 Young British born theatre-maker Kati Francis graduated in Theatre and Performance from the University of Cape Town in 2006 and returned from South Africa to the UK, questioning the space for traditional theatre within a globalised, media-tech world hiding in black boxes for the middle classes. Her work expanded into community settings from schools to youth offending units as a freelance drama facilitator, including co-facilitating the refugee outreach programme at the Tricycle Theatre, London. In 2010 Kati received funding for a Masters in Applied Theatre at Central School of Speech and Drama, focusing on taking theatre out of formal spaces in order to reach greater specific audiences.

Her physical training and MA work have led to an investigation into the power of theatre techniques, specifically physical improvisation, music and puppetry, as a means to cut across barriers of communication in an attempt to engage some of the worlds hardest to reach people. In 2012 Kati was visiting India, where she was at college twelve years earlier, to tour an interactive show for children with special needs as well as to work on a number of different community theatre projects, including working with SNEHA- an NGO in Dharavi that helps women experiencing domestic violence. In this dramatic Friday Funda – Kati was both insightful and interactive in sharing her experience and art with a delighted audience that witnessed first hand, puppets made from newspapers and trash, delightfully come to life!