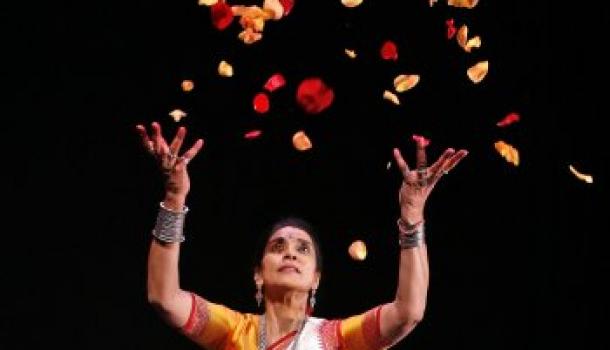 Rajika Puri is an exponent of both Bharatanatyam and Odissi. Her illustrious career has included command performances for the President of Mexico and the role of ‘narrator/goddess Kali’ in The Transposed Heads directed by Broadway legend Julie Taymor. She has collaborated with many other kinds of music and dance - western classical, modern and flamenco. She is well known for several phases of Flamenco Natyam in which she weaves Indian dance and music, with flamenco.

The Museum of Flamenco Dance in Seville recently dedicated a week - entitled Namaste - to her lectures, workshops and performances tracing the cultural connections between Andalusia and south India. With noted singer Nora York, she has also explored - through American song, and Odissi music and dance - two passionate ways of relating to deity: as lover, Krishna, and as mother, Kali.

Since 2005, her company Rajika Puri and Dancers has created thematic evening-length productions of choreographed group dances and danced stories like Conversations with Shiva: Bharatanatyam Unwrapped and Tapasya: Ascetic Power and Tales of the Ganges. Rajika is also an acclaimed theater and film actress, her film credits include Mira Nair’s Mississipi Masala, Dev Benegal’s Split Wide Open, and Norman Rene’s Longtime Companion. Deeply committed to the performing arts, Rajika and her husband Tino support and are actively engaged with several music, theatre, and dance institutions, and museums, in New York. She is co-curator of the Indo-American Arts Council’s Erasing Borders dance festival, and a member of the Board at the World Music Institute.

In her talk at Godrej, Rajika addressed myths, and the danced storytelling she has developed to bring them alive. She also screened videos and showed photographs of her performances to illustrate these myths.