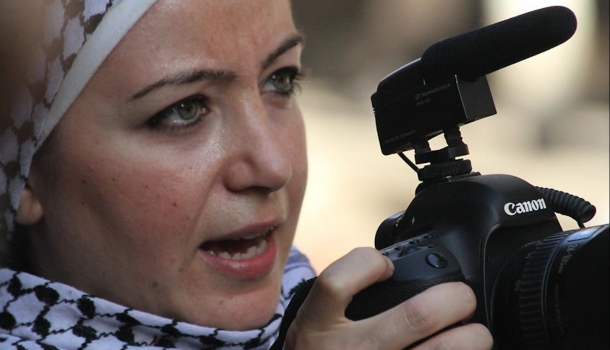 There is no longer a red line when it comes to the killing of women journalists today. They are under attack by state and non-state players just like their male counterparts, with the added threat of sexual violence every time they go out in the field.

The Godrej India Culture Lab, in collaboration with International Association of Women in Radio and Television was proud to present the screening of Velvet Revolution. This exciting collaborative film has six directors who profile women journalists who have paid a high price for speaking truth to power. In a world riven with conflict and dictatorial regimes where journalists are constantly under threat, the film explores what drives these women journalists to do their jobs.

About the Project Director
Nupur Basu is an independent journalist, an award-winning documentary filmmaker and media educator. For the last three decades, Nupur has worked in both print and television journalism.

Formerly a Senior Editor with India's leading channel- NDTV, Nupur has also made several documentaries which include the award-winning Dry Days in Dobbagunta (about the rural women's struggle to ban liquor in Andhra Pradesh), Lost Generations (about the impact of globalisation on the poor in India), No Country for Young Girls? (about India's shameful sex ratio distortion) and Michael Jackson Comes to Manikganj (about the impact of satellite television on South Asia).

This film is shot by Illang Illang Quijano from Philippines, Deepika Sharma from India, Pochi Tamba Nsoh and Sidonie Pongmoni from Cameroon and Eva Brownstein from USA/ Bangladesh.

About IAWRT
The International Association of Women in Radio and Television (IAWRT) is a not for profit professional organization of women working in electronic and allied media. It is in consultative status with United Nations Economic and Social Council (ECOSOC). IAWRT organizes conferences, film festivals and other allied activities. It also offers scholarships for professional advancement and grants for research projects.