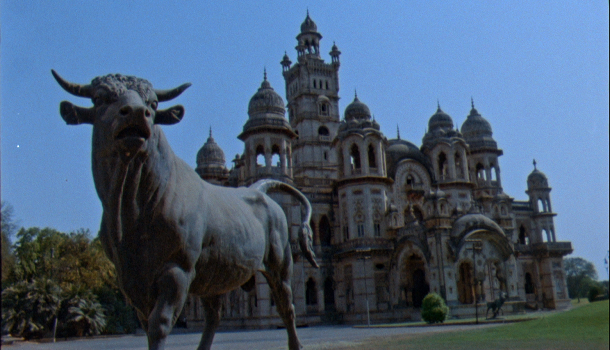 Nostalgia for the Future

The Godrej India Culture Lab hosted a special screening of the documentary ‘Nostalgia for the Future’. How was the ‘modern’ Indian nation created? What was the utopian zeal of creating a new model of citizenry? Where did the new citizen reject the old-fashioned and feudal systems of the past? ‘Nostalgia for the Future’ is an exploration of all these questions and more, an insight into the aspiration towards modernity and the intimate spaces that ideal citizens were to inhabit.

The film is a cinematic exploration of architecture and modernity in India, over the period of over a century. It focuses on four distinct imaginations of ‘homes’ for the modern Indian nation: the Lukshmi Vilas Palace at Baroda, a gigantic palace built for a progressive, benevolent monarch in the late 19th Century; the Villa Shodhan in Ahmedabad, a private residence designed by Le Corbusier, in which the film explores domesticity within Nehruvian modernity; the Sabarmati Ashram where the Gandhian aspirations of the nation-state can be seen; and public housing in post-independence Delhi designed by the Government of India to house refugees from Pakistan and the bureaucrats of the newly independent nation.

By evoking the cinematic and aural collective memory of the nation trying to reinvent itself, the film explores a mix of formats - digital video, 16mm film and archival footage from mainstream cinema and state propaganda – to reconstruct the ideas that guided the creation of the ideal citizen and the ideal home.

Avijit Mukul Kishore works primarily in the genre of non-fiction film and video making and is actively involved in art, cinema and cultural pedagogy. He teaches documentary film and cinematography and works as a curator of film programmes. He also works with visual artists as a collaborator on installation art projects

Rohan Shivkumar is an architect and an urban designer, whose work ranges from architectural and interior design projects to urban research and consultancy projects on issues concerning housing, public space and sanitation. He is the Deputy Director at the Kamla Raheja Vidyanidhi Institute for Architecture and Environmental Studies and co-editor for Project Cinema City.

Nostalgia for the Future
Hindi and English with EST, 54 min, Video and 16mm, Colour and B/W.