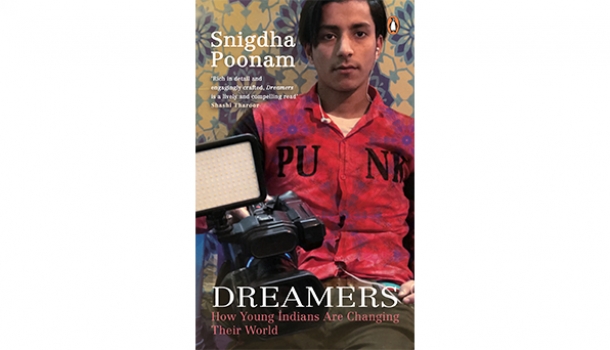 We are were proud to host the India launch of Snigdha Poonam's Dreamers - How Young Indians Are Changing Their World in collaboration with Penguin Random House India.

In a world that's marked by unprecedented connectivity and technological advancement, in a country that's increasingly characterized by ambition, political power and access, in an economy that appears to be breaking down the barriers to wealth that existed for every previous era, this is a generation that cannot - will not - be defined on anything but their own terms. They are wealth-chasers, attention-seekers, power-trappers, fame-hunters. They are the dreamers.

Snigdha Poonam's book travels through the small towns of northern India to investigate the phenomenon that is India's Generation Y. Marked by spirited ambition and a kind of hunger for change that is bound to drive the future of our country, these young Indians aren't just changing their world - they're changing yours.

Swadesi, a group of young emcees, producers, DJs and graffiti artists who through their art and music aim at bringing about change started the evening with a power packed hip hop performance. This was followed by a short presentation by the author who was later be joined by comedian and National Award winning lyricist Varun Grover.

About Snigdha Poonam
Snigdha Poonam is a journalist based in New Delhi. Her work has appeared in the Guardian, the New York Times, Caravan, Granta and other publications. She currently reports on national affairs at the Hindustan Times. She won the 2017 Journalist of Change award of Bournemouth University for a work of reportage that appeared on Huffington Post.